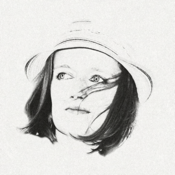 *** Platinum & Palladium ***
An alternative technique which image is rich in detail and gray scale with a beautiful drawing. The final image is slightly cold and velvety black.

*** Cyanotype ***
Cyanotype is a relatively simple technique whose outgrowth is an image in a characteristic blue tone so-called Prussian blue.

*** Van Dyke ***
The Vandyke process gets its name from its similarity in color to the deep brown pigment used by the Flemish painter Van Dyke.

Let's go back in time, perhaps 200 years. Vintage photography is just beginning and digital photography is an unknown future. The year is 1812 and at Cambridge University is studying young scientist Sir John Frederick William Herschel. This inventor, chemist, astronomer and mathematician, had large merit to the fact that today you can capture everyday moments with camera or iPhone. He is regarded as discoverer of some alternative photographic processes, which are becoming more popular even in today's world of digital technology.

Just for you is this application that brings you three the most charming techniques on which emergence John Herschel was involved - Platinum print, Cyanotype Blueprint a Van Dyke Brownprint.

We used the most advanced techniques for the development of this application which will display these threetechniques as accurately as possible. We scanned a dozens of classic photos and hand-made alternative images. We used the most powerful computers and then we programmed the artificial neural networks to duplicate these historical processes.