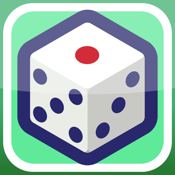 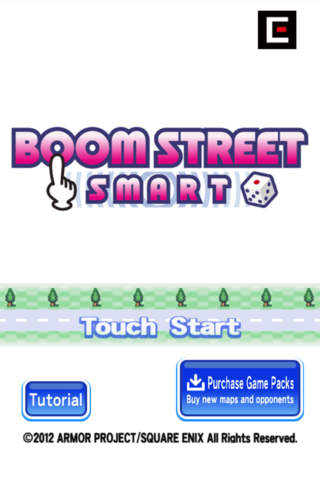 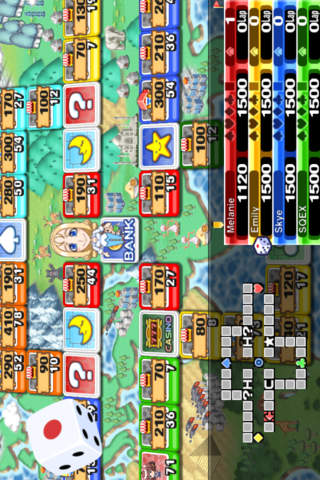 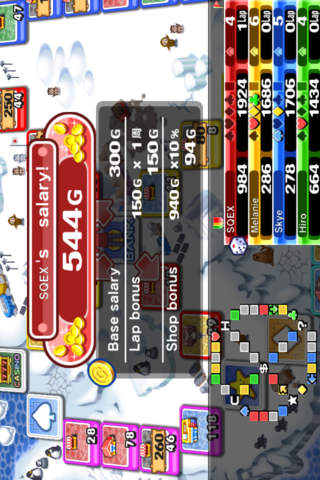 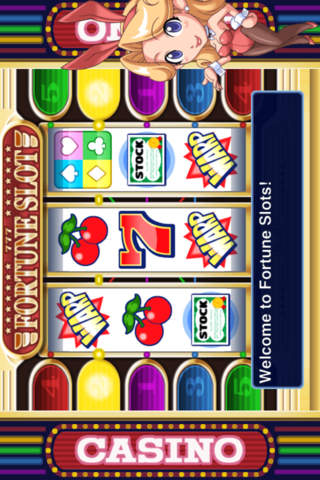 ----------
iOS 8 Compatibility (9/24)
----------
We have confirmed the below bugs resulting from the release of iOS 8's Family Sharing feature. These issues occur when making in-game purchases on dependent devices with the purchase authorization setting enabled.

- Items do not appear properly after being purchased for the first time.
* As a workaround for this issue, access the item again from the item purchase screen. A prompt will inform you that you have already purchased the item, and ask if you wish to obtain it again for free. Select OK. You will not be charged a second time.

We apologize for any inconvenience, and ask for your patience and understanding while we work to rectify these issues.

"BOOM STREET SMART" is a board game that is played using dice.
The rules of the game are very simple. The player who makes the most money, wins. Players can make money by buying shops and expanding them, or buy and sell stocks wisely and hope that you'll hit it big. The deep, strategic gameplay is highly addictive, and provides for hours of entertainment!

1. Roll the die.
2. Buy shops that you land on, and receive money from
other players who subsequently "visit."
3. Collect the four suits (spade, etc.) on the game board,
and receive a "salary."
4. "Invest" in your shops to make them bigger!
5. Buy all the shops in given area of the map to
"dominate" that area!
6. Looking to get rich quick? Learn how to buy
and sell stocks in the game!

Since it was first released in 1992, BOOM STREET has
been a staple of the board game genre in Japan, and now boasts over nine incarnations. Designed by Dragon Quest creator Yuji Horii, BOOM STREET enjoys a strong following among Japanese users.

The key to success in this game is to observe your opponents' moves carefully, and use them as a guide to formulate your own game strategy!

You can download the free version for free, and play the game on the "Shell Isle" map unlimited times.

The free version also has a built-in tutorial that will teach new players, step-by-step, how to play the game.

■About the Full Version

Characters: 10 total
Available at default: Skye, Melanie, Emily, Hiro
*6 more will be made available as the game progresses.