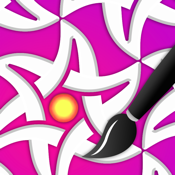 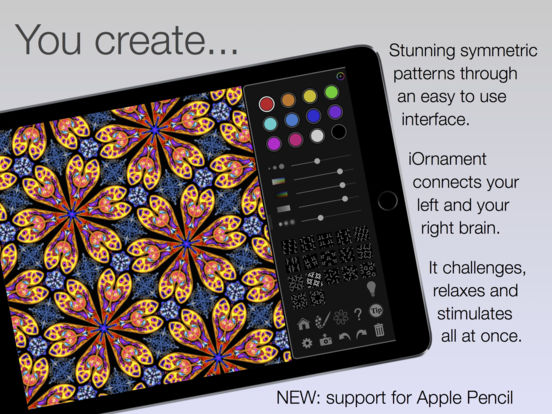 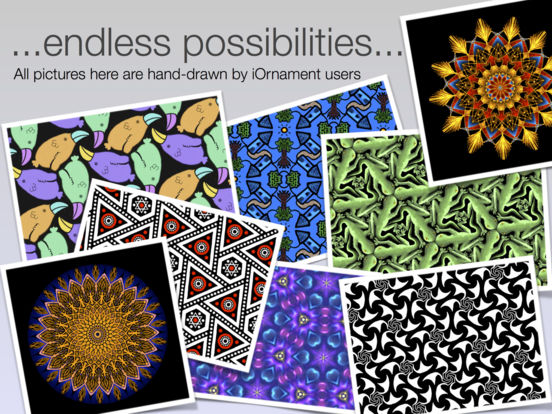 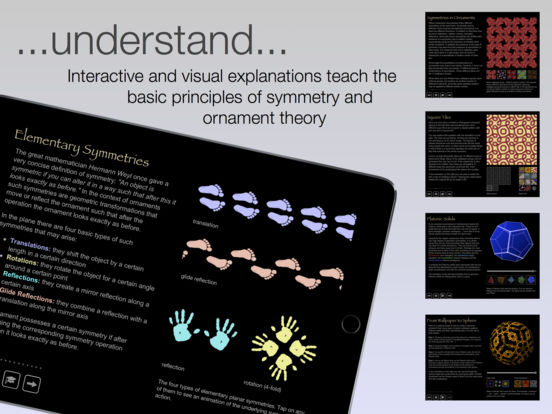 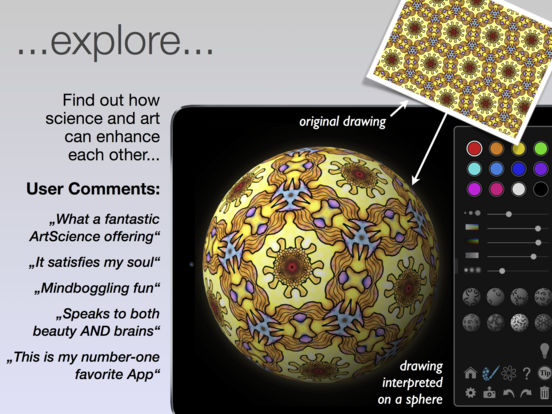 
iOrnament combines art and science, creativity and education, math and fun. With iOrnament everyone can be an artist. You draw strokes and iOrnament repeats them according to rules of symmetry. You will create fascinating ornaments and intricate designs. Fun and challenge from ages 3 to 103. Interactive pop-up tutorial and many drawing tips included!

New in Version 2: Dynamic strokes and support for 3D Touch and Apple Pencil.

iOrnament is an app that is designed for drawing ornamental designs that are both artistically and mathematically fascinating. You draw simple strokes and the app repeats them over and over according to the rules of the 17 crystallographic wallpaper groups. By this, fantastic symmetric patterns are created. Kaleidoscope like pictures, tilings, complicated knots and artistic pavements are right at your fingertips. In addition iOrnament contains an interactive pop-up book that explains mathematical backgrounds on the theory of wallpaper groups and a sampler of classical ornaments from ancient cultures.

The design of iOrnament is based on extensive experience in interactive science exhibitions. Children of all ages love it as well as scientifically or artistically interested adults.

iOrnament: draw creative geometry art is an iPhone and iPad artistic game that also involves scientific algorithms. Using creativity and math you can create amazingly ornamental designs with the touch of a finger.