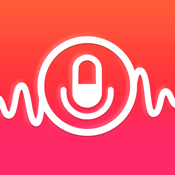 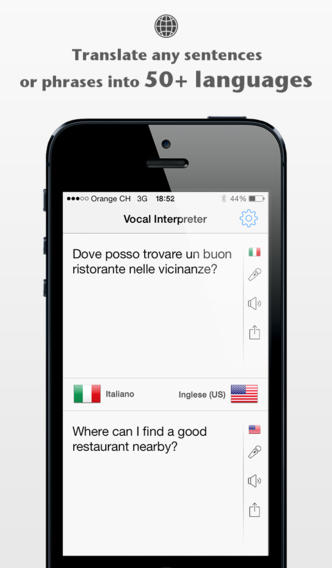 • Listen
Recognizes what you say through the advanced vocal recognition software Nuance (Requires iOS 6 or above).

• Translation into more than 50 languages
Unlimited and immediate translation, thanks to Google or Microsoft, depending on your choice.

• Interpretation
Automatic spoken interpretation into the desired language. The text-to-speech features also make the most of the Nuance software and its fantastic capabilities.

• Instant Web Translator
Translate any website into your favorite language, directly from Safari.

• Keyboard use
Plenty of text fields so that you can insert or modify the text to be translated by keyboard. You can also use this interpreter without the vocal recognition feature, we have made every effort to make the process as simple and efficient as possible.

• Quick sharing
Quick sharing of texts via WhatsApp, SMS, Mail, Twitter and Facebook without closing the application. You can move the text to any other application by using the Copy to Clipboard function.