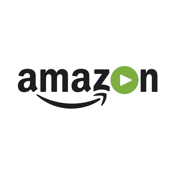 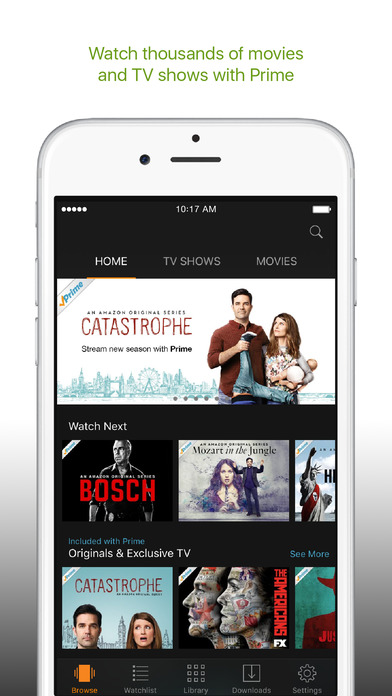 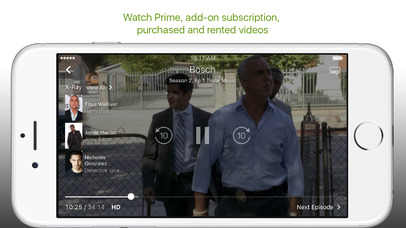 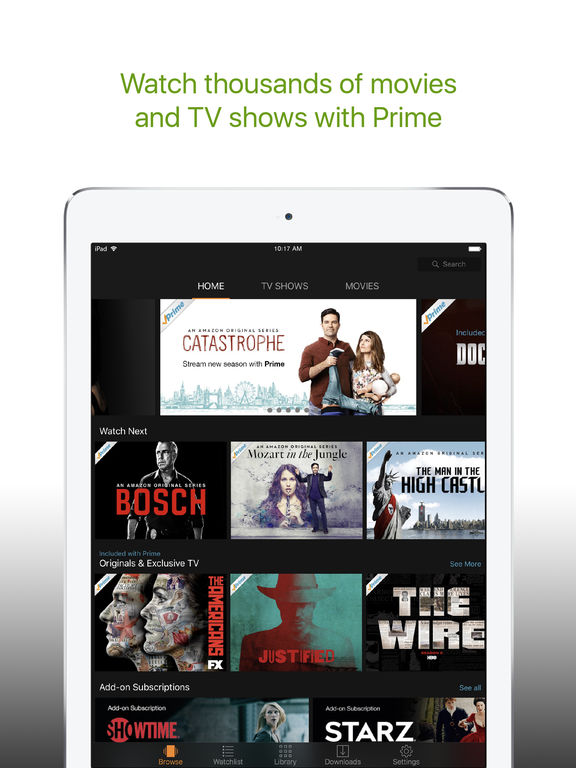 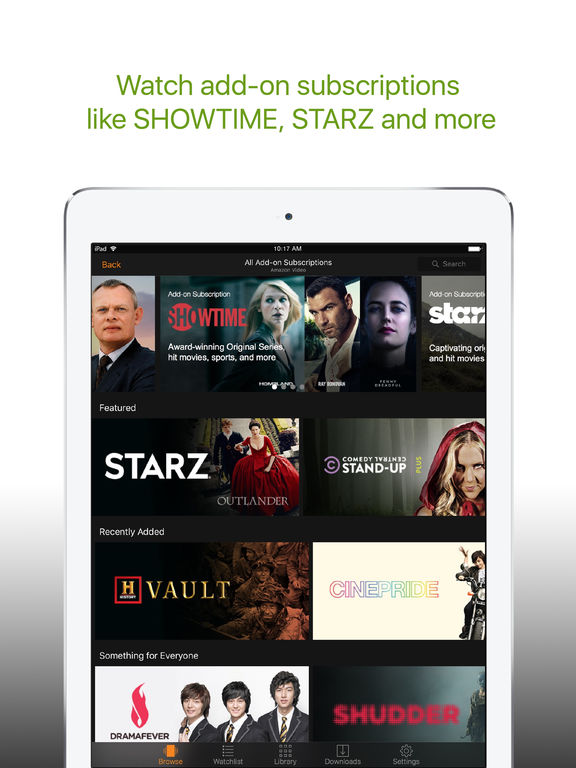 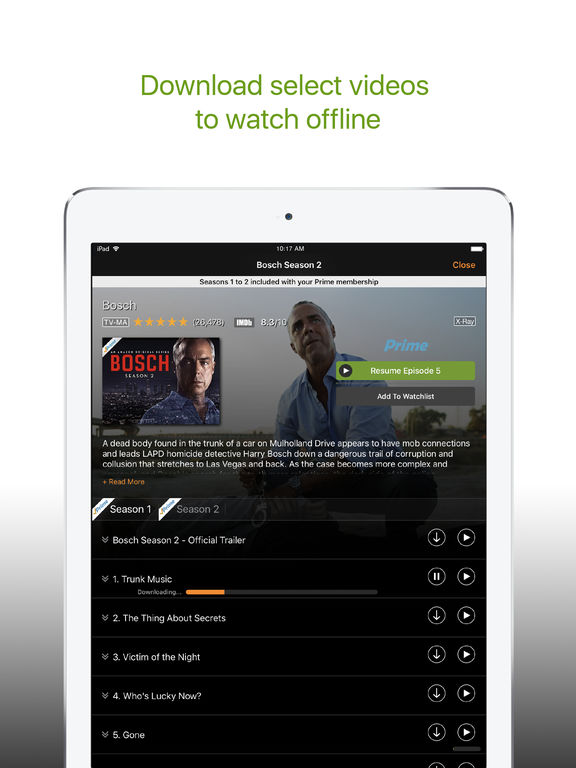 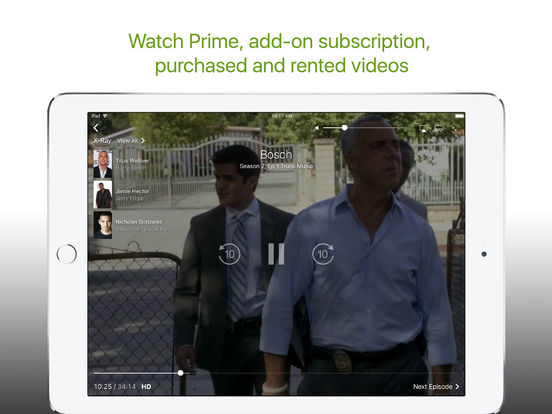 Prime members can instantly stream tens of thousands of movies and TV episodes at no additional charge, including award-winning Amazon Original Series like the multi Golden Globe winning comedy Transparent and the multi Emmy award-winning kid’s series Tumble Leaf. Select titles are available to download for offline viewing at no additional charge.
Prime members can also access and stream SHOWTIME, STARZ, and dozens more subscriptions that they signed up for on Amazon. You can access titles you bought or rented on Amazon from the catalog of hundreds of thousands of titles including new release movies and current TV shows, to stream or download to your iPhone, iPad or iPod Touch.

With Amazon Video:
-Stream tens of thousands of titles available on Prime Video at no additional charge to Prime members, with select titles available for download and offline viewing
-Amazon Prime members can access subscriptions they added to their Prime memberships on Amazon, including SHOWTIME, STARZ, and dozens more
-Access hundreds of thousands of movies and TV episodes you bought or rented including new release movies or the latest TV programming, with the ability to download titles for offline viewing
-Stream movies and TV shows over WiFi or Cellular
-Watch on your Apple TV using AirPlay (requires Apple TV 2nd generation or later)
-Watch on your TV using HDMI and your Apple Digital AV Adapter
-Stream the first episode of selected TV shows for free. First Episode Free videos include advertising before and during your videos
-Add videos to Your Watchlist from any Amazon Video compatible device for later viewing on your iPad, iPhone, or iPod touch
-View IMDB data about the actors, songs and trivia related to your videos during playback with X-Ray
-Start watching the next episode of the show you are currently streaming automatically with Auto Play


This app is designed for an unmodified version of iOS.