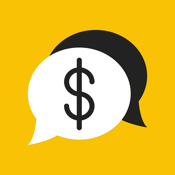 "Word-for-word scripts that take the anxiety out of asking for a deal." -O Magazine.

Don't you wish you spent less on bills, and saved more each month? Saving Money shows you exactly what to say, word-for-word, to save hundreds on your car insurance, cable and cell phone bills, overdraft fees, and more. The average savings for Saving Money users has been nearly $150, with some users saving more than $800!

Ramit Sethi, bestselling author of I Will Teach You to Be Rich, has taught thousands of people how to save money. And now, all of Ramit's most effective field-tested money saving scripts are bundled up and ready to use in this app.

Exact words to say to operators in order to save on monthly fees from your credit card, cable company, and cell phone.

Ability to record savings and take notes for each call.

Lists of common company telephone numbers, so you can tap and dial.

"Used this app to save $360/yr by lowering my cable bills while getting premium movie channels and faster Internet!" -Pritesh M.

"Just used your overdraft fees script for Bank of America... Saved $105 and got HIM to apologize." -Cody R.

"Just dropped my monthly car insurance payments almost in half with a phone call." -Eugene Kuhns.

If you're tired of big companies continuing to increase their monthly fees, use this app to fight back. You can save money with word-for-word scripts that have worked for thousands of others.

If your telephone negotiation skills leave much to be desired then you might want to check out Negotiate It - Save Money with Phone Calls (by Ramit Sethi) on your iPhone and iPad for detailed guides on exactly how to push the right buttons with various salesmen and service providers over the phone. ...