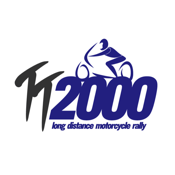 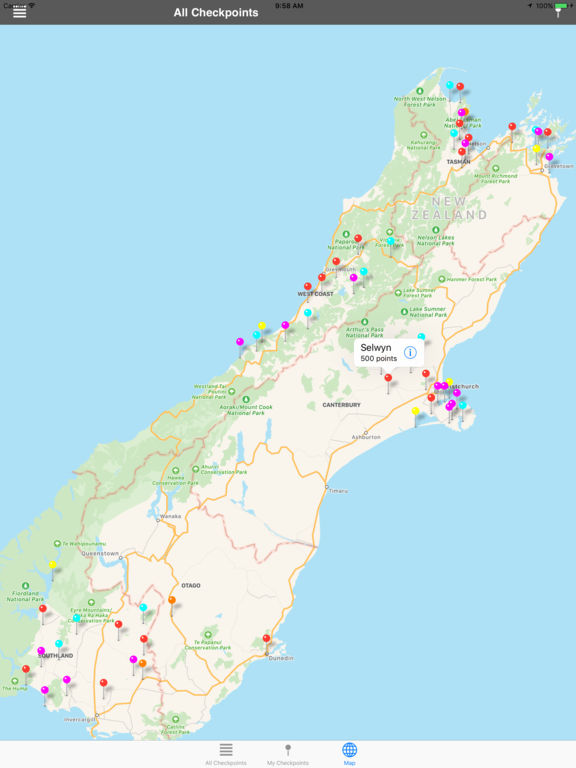 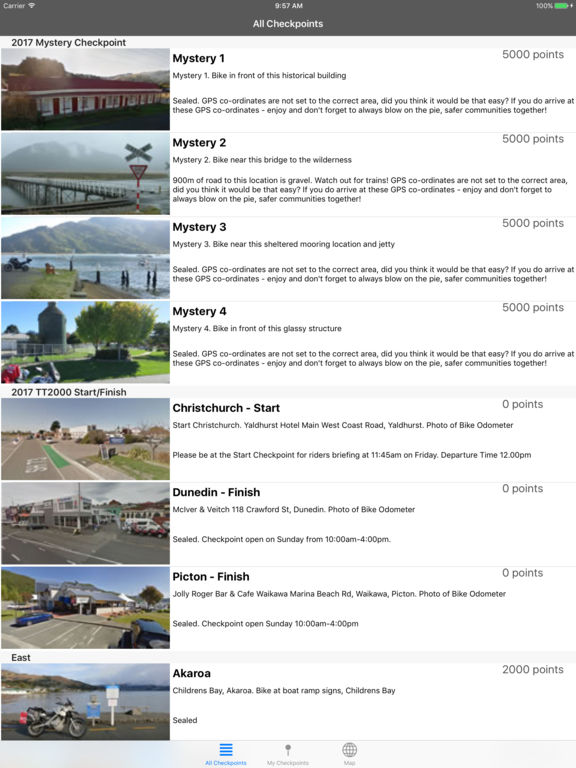 Welcome to the companion app for the TT2000 for 2017.
This app has all the checkpoints, with the ability to add recce notes for those of you who wish to scout out the locations before the trip. Each location has the photo requirements, the points value and the GPS location that is essential for the planning of your trip. Using this app you can create a list of your checkpoints, add your notes and view the location using the maps on your phone. Additionally this years app allows for you to send the completed sheet to the organisers at the end of the rally.

Simply put, the TT2000 is an annual challenge thrown out to any motorcyclist who is interested in long-distance riding and would like to join others in a road ride covering 2,000 kms in a weekend. It is not exactly an Iron Butt Rally nor is it the Long Way Down Under. However you could use the word 'endurance' when comparing it to a normal weekend's outing. Each year the route changes. In 2009 the route took in the South Island's Four Passes - Lewis, Arthurs, Haast and Lindis. In 2010 the route was in the northern half of the South Island. In 2011 the route took in the best of the bottom half. In 2012 the 'basic' route took in Mt Cook and was predominantly in the top half. In 2013, riders stayed mostly on the eastern seaboard and plotted their own route around 70 checkpoints from Central Otago to Tasman. In 2014 North Islanders were saved the long commute to the start by the organisers introducing dual starts in both islands with half the checkpoints north of the Strait. 2015 and 2016 continued the dual start concept and expanded the area covered by the riders in the South Island.

The ride would be described as a fairly challenging road trip spanning a long weekend (Fri-Sun) in some of the country's best scenery and more than likely on roads you have never been on before.

The 2017 rally will be the 9th TT2000 event and offers checkpoints in four distinct groups - North, South, East and West.