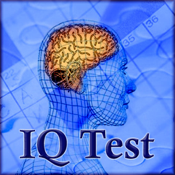 An Intelligence Quotient or IQ is a score derived from one of several different standardized tests attempting to measure intelligence. The term "IQ," a calque of the German Intelligenz-Quotient, was coined by the German psychologist William Stern in 1912 as a proposed method of scoring early modern children's intelligence tests.

IQ scores are used in many contexts: as predictors of educational achievement or special needs, by social scientists who study the distribution of IQ scores in populations and the relationships between IQ score and other variables, and as predictors of job performance and income

An Intelligence Quotient indicates a person's mental abilities relative to others of approximately the same age. Everyone has hundreds of different mental abilities & some can be measured easily and are reliable measure for academic and financial success..