Smart Translator: Speech and text translation from English to Spanish and 40 foreign languages! 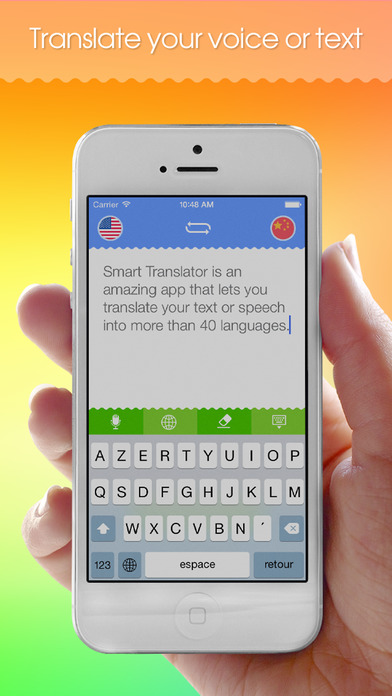 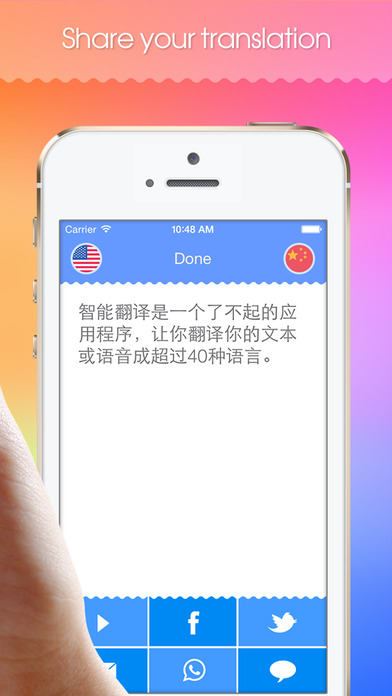 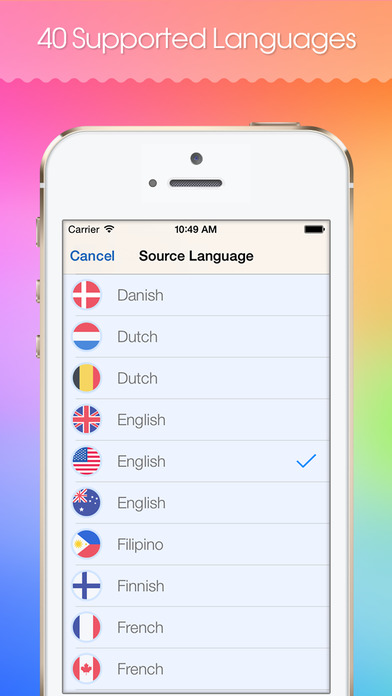 Smart Translator is an amazing app that lets you translate your text or speech into more than 40 languages.

• Input your text by typing or speaking.
• Hear your translation being read aloud to you.
• Translate your text into more than 40 languages.
• Send your translated text as an email or text message.
• Share your text or translation on social networks.
• Copy it to other apps.
• Print it using a Wi-Fi printer.

If yes, then Smart Translator is definitely for you. Grab your copy now.