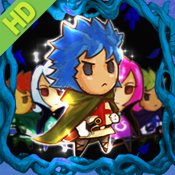 Introduction:
- CrazyControl 2 is unlike any of the existing side scrolling games that you’ve seen, or played, before.
- Imagine an energetic, challenging and exciting game with multiple characters under your control.
- CrazyControl 2 starts with two characters running side-by-side, with the number of characters multiplying until a maximum of six characters must be controlled by a player at once.
- This game is challenging and as such demands the full attention of new players. But after a player perfects their skills and clears the final stage, they can easily chat on messenger and talk on the phone, at the same time.


Scenario:
The forest of eternity that protects the village is threatend by an unidentified evil spirit. Many of the trees in the forest are barren, and strange things begin to happen in the forest. The villagers are being threatened by unknown monsters. To solve the mystery, the village chief orders his guards to find the source of evil. The guards get closer and closer to uncovering the source of the evil, but when they have almost succeeded, a monumental betrayal transpires.

- Upgrade System
Get upgrades on multi-jumps, attacks, defenses, sliding time, hang time, attack time and lethal moves from the coin and jewel shop. Upgrades can be collected from each episode to be used when the player needs them.

- Navigation Map
The map enables players to navigate their position in the story and helps them decide where to travel to next.

A multi-player battle function will also soon be implemented.

★please note: If you continue to experience problems, please update to the current iOS. If the problem persists, please contact us via email.