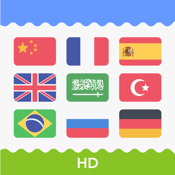 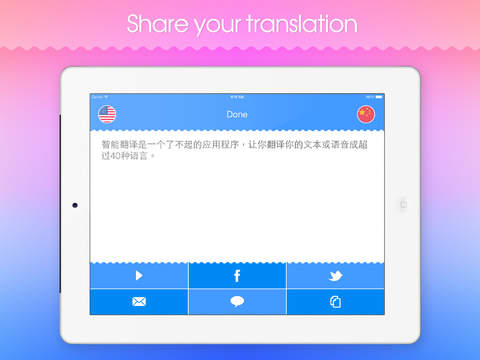 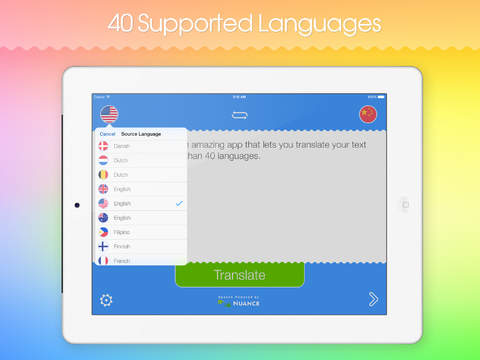 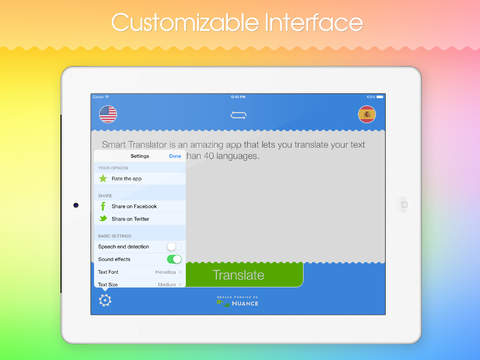 Smart Translator HD is an amazing app that lets you translate your text or speech into more than 40 languages.

• Input your text by typing or speaking.
• Hear your translation being read aloud to you.
• Translate your text into more than 40 languages.
• Send your translated text as an email or text message.
• Share your text or translation on social networks.
• Copy it to other apps.
• Print it using a Wi-Fi printer.

If yes, then Smart Translator HD is definitely for you. Grab your copy now.