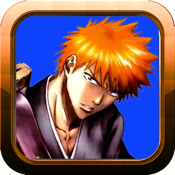 ******Bleach Wallpapers brings you the best and a huge collection of Bleach wallpapers and backgrounds!******
All your favourite characters including Ichigo, Rukia, Renji, Byakuya and many others right here for you. Hope you like it!!!

Bleach Manga story opens with the sudden appearance of Rukia Kuchiki in Ichigo Kurosaki’s bedroom.
She is surprised at his ability to see her, but their resulting conversation is interrupted by the appearance of a “hollow”,
an evil spirit. After Rukia is severely wounded while trying to protect Ichigo, she intends to transfer half her powers to Ichigo,
hoping to give him the opportunity to face the hollow on equal footing.
Ichigo unintentionally absorbs almost all her powers instead, allowing him to defeat the hollow with ease.


The next day, Rukia appears in Ichigo’s classroom as a transfer student.
Much to his surprise, she appears to be a normal human. She theorizes that it was the unusual strength of Ichigo’s spirit that caused him
to absorb almost all her powers, thus leaving her stranded in the human world.
Rukia has transferred herself into an artificial human body while waiting to recover her abilities.
In the meantime, Ichigo must take over her job as a Soul Reaper, battling hollows and guiding lost souls to Soul Society.
Of course, there are more interesting characters in the story, really fun and full of adventurous manga story.

Check it out for the coolest and the most popular Manga Bleach Wallpapers, just Fun and Unique, Enjoy!