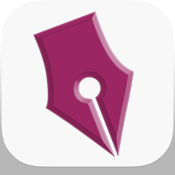 Adding the iApproval iPad application to the iApproval Platform now provides iApproval executives with a Mobile access channel to their correspondence documents.

iApproval iPad Application is a next-generation creative and innovative application that provides an immensely intuitive approach for government officials and corporate executives to review and approve their correspondence while out of office. It defines a new paradigm in how iPad devices are used in every day productivity application taking its user to unprecedented productivity frontiers. iApproval leverages the multi-touch capability of iPad, a major step towards a natural user interface, diminishing much of the learning curve and drastically increasing usability.

An ingenious High-Definition signature pad makes it possible for iApproval users to effectively sign or initial documents using a specially designed pen or just directly with their fingers while cleverly controlling where and how the signature appears on the document. The user can also send and receive text messages from and to his office.

It is now truly possible for government officials and corporate executives to timely and effectively conduct their official business affairs at the luxury of being out of the office.

iApproval Server:
manages users/account definition, security and certificates, and is in charge of dispatching and routing correspondence documents between users/executives.