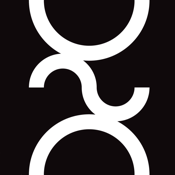 The Glide Oracle is an oracle whose roots are in the tradition of the I Ching, and whose symbols announced themselves as an alien language called Glide, transmitted in an altered state of consciousness. Glide symbols dynamically transform under the touch of the user, and deliver a translation. These translations of 729 Glide hexagrams were completed by Dr. Diana Slattery of the Department of Xenolinguistics at the Institute for the Encouragement of Outrageous Ideas. Slattery speculates that language and consciousness are co-evolving in the human species, catalyzed in the culture by psychedelic experience, an idea addressed by psychedelic philosopher Terence McKenna. She sees the morphing symbols of Glide as a model of a new way of making meaning that can potentially rewire the brain with a bias toward perception of transforming rather than static states, increasing the fluidity and flexibility of thought forms.