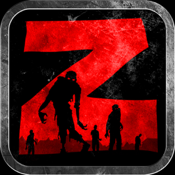 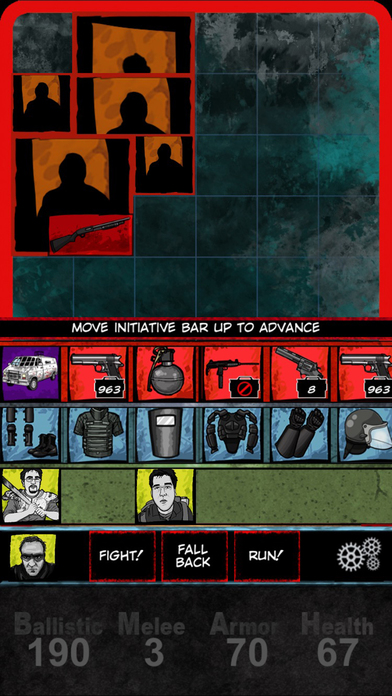 Survivor Z starts out as a text based RPG, and transforms into a real world Massive multi player RPG that utilizes real world location data and hundreds of hours of cloud based content that keep players engaged longer than any game out there. New challenges added via the cloud and player rivalries will keep this game on the home screen of your iOS device.

From Ed Anderson, the creator of "ZDAY Survival Simulator", "Survivor Z" is a text-based Role Playing Game set 311 days after the ZDAY apocalypse has wiped out 90% of the world's population. Gameplay begins with an exciting strategy-based prologue, where the player has to make it home to the safety of their ZDAY bunker. Then, fast forward almost a year, running low on food and water, our survivor is forced to emerge, only to find that the world has changed. The population is decimated, and the dead roam the earth in incredible numbers. Every decision a survivor makes can be the difference between life and death, and even the most seemingly trivial mistake can mean doom.

Excellent Player resources and help from the developers can be found on player forums: http://forums.mongadillo.com

Gameplay in Survivor Z expands on the concept of its predecessor, "ZDAY Survival Simulator". While relying on the familiar text based model, Survivor Z introduces a vastly improved and incredibly robust game engine that gives the survivor complete control over their weapons, inventory, and armor. In addition, players can use their items in context to complete challenges, as well as find an ally with non-player character survivors in the game.

Survivor Z is the first game of its kind, combining the intellectual challenge of a text based RPG with the fast paced action of a board game. But Survivor Z doesn't stop there, in addition to being a very entertaining adventure game, Survivor Z adds another dimension by utilizing cloud based game content that will continually provide survivors with new updates and challenges, and uses location based services to transform the landscape around the survivor into the post apocalyptic world of Survivor Z.

Survivors will find real world location challenges like the Newark Cinema in Delaware, Restaurants in Portland, Oregon, and even the Buddy Holly museum in Lubbock Texas to name just a few, as well as hundreds of other challenges that can be found in any town in the country. Everyday coffee shops, fast food restaurants, hardware stores and malls are all transformed to become the backdrops for survivor strongholds, hidden troves of weapons and supplies, and dangerous traps set by rival survivors. No matter where you go when you are playing Survivor Z, you are in the realm of the undead, and no place is safe.

Once the player has fought through the fictional game content, the real work begins. The player can search real world locations to find new challenges, unlock new stories, and try and build strongholds to protect against attacks from the undead and rival survivors. Players fight to take and hold onto territory and resources as they struggle to survive. The more your influence grows, the more powerful you will become. Scavenge for supplies, craft fortifications and traps to protect your interests. It you against the world.

**Note: This game requires an internet connection to play, and location services to be enabled.