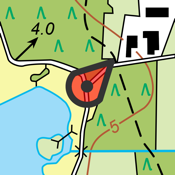 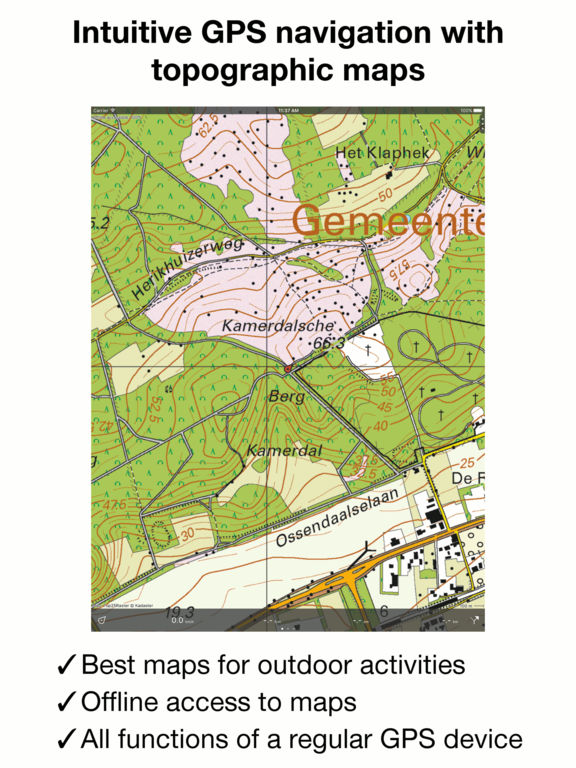 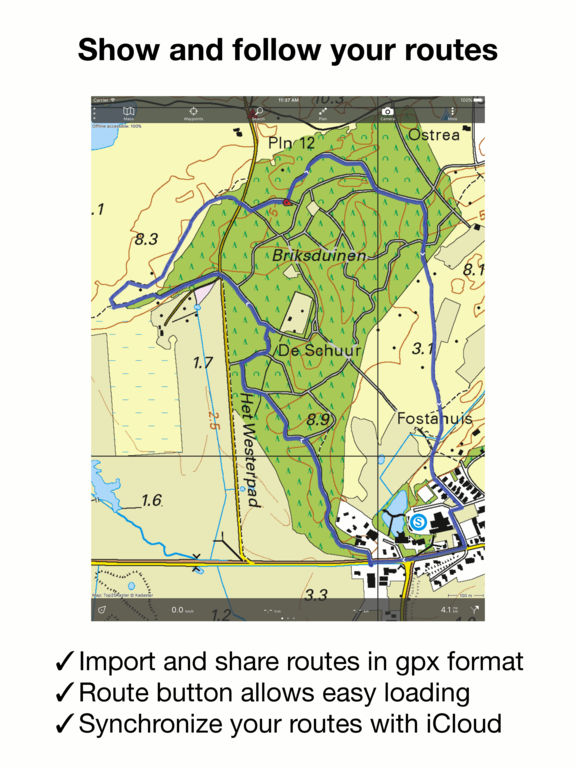 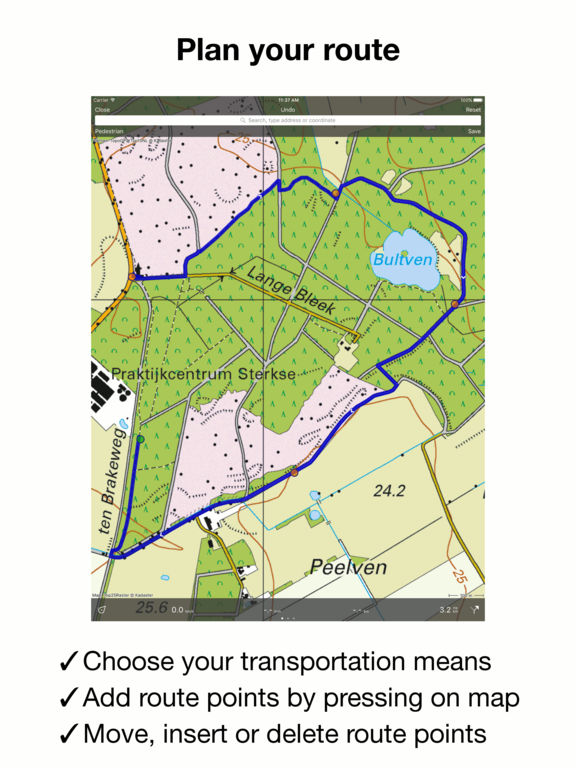 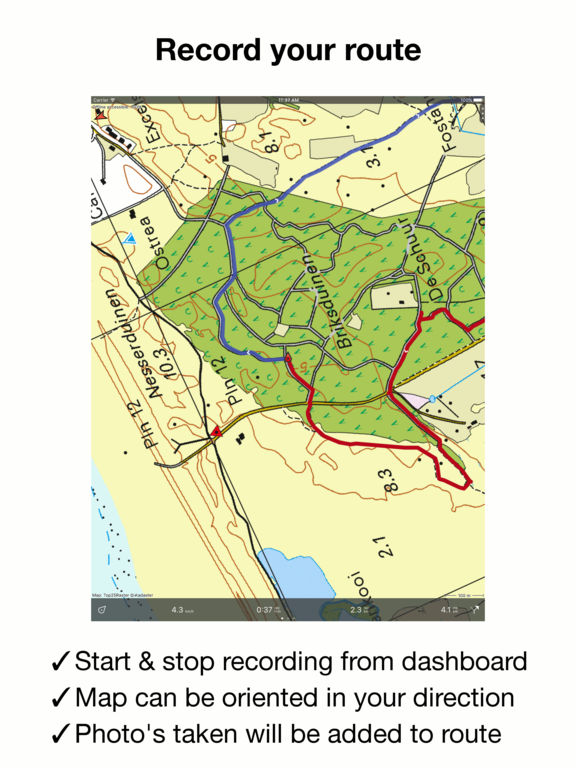 Makes from your iPhone/iPad a complete GPS device with the detailed topographic map of The Netherlands. Viewed maps will be stored on your device so that Topo GPS can also be used without an internet connection.

Why should you buy an expensive GPS device if you can install Topo GPS? Topo GPS contains all functions of a regular GPS device for less money, has a much more detailed map, and is more convenient to operate. The accuracy of the position determination is in favorable conditions about 5 m.

- Map
* Complete topographic map of the Netherlands, 1:25 000, newest edition.
* Very detailed maps, with buildings, cultivation, all roads including the smallest forest trails, contour lines, and characteristic elements in the landscape.
* Future updates of the map are included for free.
* The map can be zoomed, moved and rotated.
* Percentage of map that is offline accessible is indicated on the top left of the map.
* All maps of a certain region can be made offline accessible using the map download screen.

- Routes
* Recording of routes, with pause and restart possibility.
* Planning of routes via route points.
* Importing routes in gpx format and zipped gpx format.
* Editing routes.
* Sharing routes.
* Free access to route collection Topo GPS.
* Routes can be synchronized with your other devices using iCloud.
* Searching routes with filters.
* Routes can be organized into folders.
* Maps of a route can be made offline accessible.