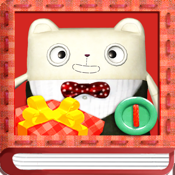 Choice of characters: You can choose the main character that you want, either a boy (Tommy) or a girl (Sunny).

Decoration of Pilo: When you choose and change the clothes of Pilo as you want, then it will be applied. If you touch Pilo, there will be character interactions.