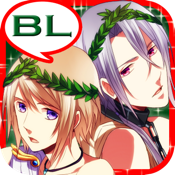 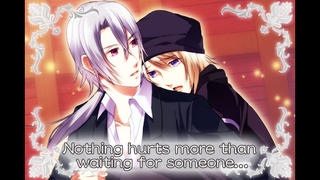 It's KOYONPLETE's masterpiece.
A heartrending light BL story spinning off of Love Academy(date sim game), which has grown immensely popular.

A scenario writer whose specialty is BL, original music from the sound creator,and the beautiful CGs enliven the aesthetic of a world with a play within a play.

This is Moulin Academy, a private high school that has gathered superior students that excel at their art from countries all around the world. It has been decided that the students who have been gathered for a summer training camp will be practising a play based on "Run, Melos, Run", written by Showa Japan literary master Dazai Osamu.

The one who has undertaken the writing of the play scenarios is Atezuki Jun. As the younger brother of Jyogasaki Takumi, who is attending Moulin Academy because he is aiming to be a doctor, he should be entering Moulin Academy high school next year.
The one who decided to ask him to write the script is the theatre circle's advisor, Kanzaki Hikari. The excellent young doctor originally worked hectically at a university hospital, but is now employed as Moulin Academy high school's school doctor for many weeks.

"Run, Melos" is a Greek play. It starts just after Melos, who was imprisoned by a tyrant and is to be killed, asks a friend to present himself to the tyrant as a substitute so that Melos can appear at his younger sister's wedding ceremony, telling his friend he would definitely return.
In order to prove his own view of humanity as fundamentally depraved, the tyrant, who does not believe in friendship, permits Melos to go under the condition that if he does not return within that time, his friend will be executed. When Melos tries to appear at the wedding ceremony and return, various difficulties arise for Melos, and it is doubtful whether he will be able to return before his friend will be executed. Will Melos' friend be killed in his place, or will Melos bid his lovely younger sister's family farewell and return to be killed for his friend? What will the tyrant think if Melos returns... It becomes a question about the trust and bonds between people.

Surrounding this play, the "forms of love" that each believes in will be confronted...

The story can be enjoyed for free, but each time you read a story, Koyon (power) will go down a little. It will recover a little every morning at 4!!

For those who haven't played "Love Academy" yet, try playing it! It is an otome game (a dating sim for girls) where you can be the female protagonist, enroll at Love Academy, and get a boyfriend.
Download site： https://itunes.apple.com/jp/app/love-academy/id527576035?mt=8
Youtube： http://v.youku.com/v_show/id_XNDEwNjgyMjM2.html
Official site： http://koyonplete.com/koigakuen/index.html

News:
"The Seal of Lycoris", the suspense otome game with a three-way struggle between vampires, humans and Okami spirits, is planned for release next year. If you register early, you will be given a bonus when "The Seal of Lycoris" comes out.
Site： http://koyonplete.com/lycoris/promo/