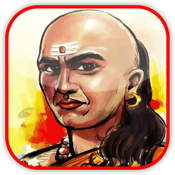 Chanakya Niti.
Political Ethics of Chanakya Pandit.
Chanakya was a wise thinker and a teacher. Chanakya developed Neeti-Sutras that tell people how they should behave.
Acharya Chanakya, also known as Kautilya and Vishnu Gupta, is considered to be one of the great planners of all time. He authored the ancient Indian political treatise called Arthashastra.
Defining a wise man Chanakya said:
A wise man should not reveal his loss of wealth, the vexation of his mind, the misconduct of his own wife, base words spoken by others, and disgrace that has befallen him.
According to him, a wise man keeps his weakness secret. People who reveals his weakness is sure to land in trouble in future.
Anything that upsets us or inflicts agony should never be told to anyone.
Similarly, a person should never tell anyone about his financial status or his wife's misconduct.
Chanakya says a person should never tell anyone if a person of a low rank insults him.
Chanakya, perhaps is the only personality who has been accepted and revered as a genius both by Indian and Western scholars. He is a historical milestone in the making of India amidst tremendous upheavals and myriad’s of reversals. Celebrated as a shrewd statesman and a ruthless administrator, he comes across as the greatest of diplomats of the world. He had the guts to speak his heart out even in front of the rulers, which shows his strong inclination to democratic values and the audacity to put his views through. Although, he lived around the third century BC, his ideas and principles show concurrence and validity in the present day world. Politics was his forte. Diplomacy in a politically charged environment shows his self-confidence and the ability to stay calm in trying situations.
His foresight and wide knowledge coupled with politics of expediency founded the mighty Mauryan Empire in India. He was a great laureate of economics with a glittering intellect to perceive the intricate dynamics of the various economic activities and principles.
Chanakya, apart from being a man of wisdom and unfailing strategies, propounded Nitishastra, the ideal way of living for every individual of the society. He looked at the country like a person surrounded by problems. He worked at the total annihilation of problems by the roots. The re-appearance of troubles only shows its growth. His contribution to foreign policy in the present day world is immense. Universities teach his principles to aspiring foreign policy experts showing the infallability of his principles. Chanakya’s art of diplomacy is well known across India and practiced in the areas of defence, strategy formation and foreign relations.
This app will add a few search access points on your device. If you do not want to use this new search page, you can either ignore it or delete it. If you do use it, we get a few cents and it will help us a lot to keep developing more apps. If you don’t, you can delete it and no harm is done (our app remains the same, no need to uninstall it!). Thank you.
Sri Chanakya Niti-Sastra, Quotes, Shlokas,
1. Humbly bowing down before the almighty Lord Sri Vishnu, the Lord of the three worlds, I recite maxims of the science of political ethics (niti) selected from the various satras (scriptures
2. That man who by the study of these maxims from the satras acquires a knowledge of the most celebrated principles of duty, and understands what ought and what ought not to be followed, and what is good and what is bad, is most excellent.
3. Therefore with an eye to the public good, I shall speak that which, when understood, will lead to an understanding of things in their proper perspective.
4. Even a pandit comes to grief by giving instruction to a foolish disciple, by maintaining a wicked wife, and by excessive familiarity with the miserable.
5. A wicked wife, a false friend, a saucy servant and living in a house with a serpent in it are nothing but death.