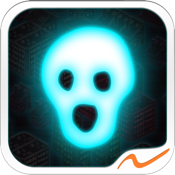 Welcome to the world of ghosts! Uncanny beings hidden to the human eye roam our world. In our daily lives they affect our chances to become fortunate or on the contrary to provoke misfortune. Tearing a shoelace, slipping on a banana peel, but also winning the lottery - these are events which can be traced back to the influence of ghosts. They are responsible for all the situations that people have found words for like "luck" and "karma".

From time to time, the work of the spirits may come from dark, evil places. Then they can lead people into trouble, sometimes even to their own destruction. Fortunately, there are people who can see ghosts due to a rare gift. For generations these so-called "Ghost Catchers" have made it their task to keep the spirit world in balance. The Ghost Catchers search for and capture the most powerful spirits to let them compete against each other in fights. Thereafter the ghosts lose their dangerous powers and are no longer a danger for the people of the world. Ghost Catchers have made a virtue of necessity - from time to time they compete in tournaments where the top of their craft are identified and honored.

• Take on the role of a young ghost catcher!
• Catch and collect the most powerful ghosts!
• Earn the loyalty of your ghosts so that they support you in the fight against other Ghost Catchers and their spirits!
• Use magical spells to defend yourself against attacks by the spirits of other Catchers
• Collaborate with other Ghost Catchers to extend your chances of winning!
• Gain experience and take on missions in the eerie, dark menace!
• Use a booster in the form of magic diamonds to improve your skills!
• Curse buildings to increase your influence in the world of spirits!

The spooky adventure can be played on the iPhone, iPad (including iPad mini) and iPod touch and is optimized for iPhone 5 and iPads with Retina displays.

Ghost Catchers will be constantly developed and improved. Look out for updates! If you have any problems or suggestions you can reach us at ghostcatchers@support.nurogames.com