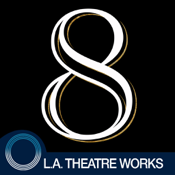 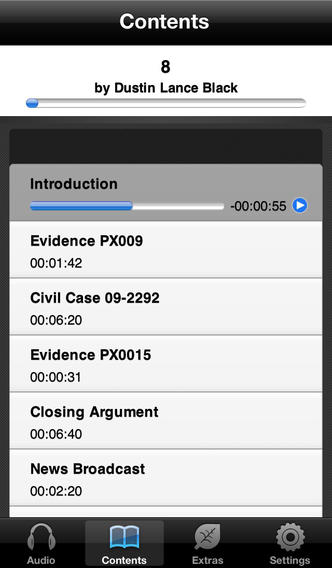 In November 2008, California’s Proposition 8 stripped the freedom to marry away from gay and lesbian couples. Now, two of the nation’s most renowned attorneys, under the auspices of the American Foundation for Equal Rights, have joined forces to challenge Proposition 8 under the United States Constitution. “8” faithfully recreates the progression of the historic 2010 federal trial through original court transcripts and interviews conducted with the plaintiffs, as their stories are brought to life before a live audience.

- Dustin Lance Black and Rob Reiner, playwright and director of “8”

- David Boies and Theodore B. Olson, lead attorneys for the plaintiffs challenging Proposition 8

Directed by Rob Reiner. Recorded before a live audience at the Wilshire Ebell Theater, Los Angeles on March 3, 2012.

DURATION: About a 2 hour performance.