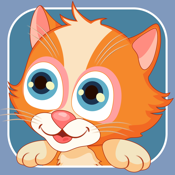 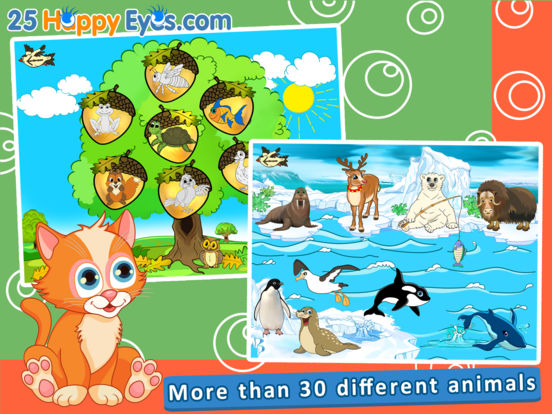 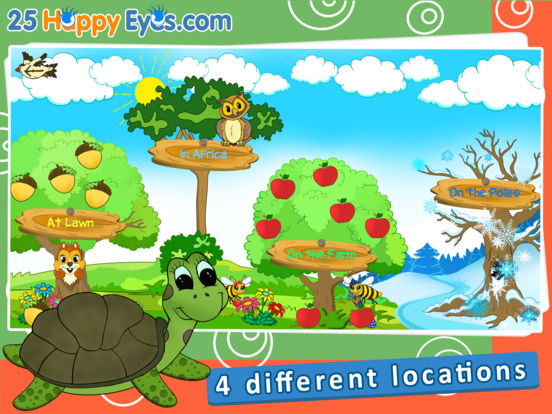 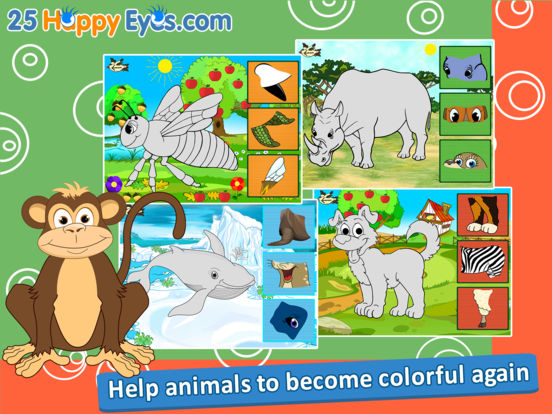 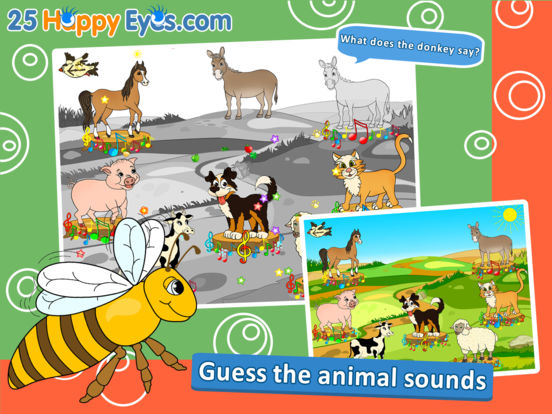 Over 100 thousand curious children are learning about the amazing world of nature through “Joyful Animals” - come and join us!

In this game, there are no wrong moves! Through trial and error, the child must solve various puzzles in a simple, interesting, and fun way while making their way through the game. Thanks to the simple and intuitive interface, children will easily be able to understand what to do, aided by voice prompts which guide them along.

The animals which children will play with are divided into four categories:

Curious, which inhabitants interest children the most?

Also, in the start menu of the game there is a small gift waiting for your children - what sort of given? Take a look and find out for yourself!

- Investigate four exciting locations
- Choose any animal from 30 different types
- Help color the animals
- Players memorize 30 different names of animals
- Figure out where each animal lives
- What does a cat say? Or a cow? Listen, repeat and memorize the sounds of each creature
- Learn on which Pole lives polar bears - and penguins
- Feed the hungry animals - quickly memorize which foods they like the best
- A game filled with lots of various interactive elements
- Press on butterflies, the sun, flowers, apples, and acorns to see what happens next
- Develop fine motor skills by dragging elements from one area to another
- Learn to think logically, by choosing the most appropriate option among several
- Translated into 26 different languages with sound packages for Ukrainian, English, Polish, Czech and Turkish, making play more interesting
- Be sure to alter the language settings in the game to hear how animals are called in different languages
- You can restart the game as many times as you’d like
- Can be played along, together with a friend, or even with two others - there is always something which can be chosen and interactived with


Joyful Animals - grown-ups have their own world, and so do children!

A delightful app, full of cute, magical animals and backgrounds, which will keep your children entertained and also help develop their learning skills at the same time.
/ Kevin Robert Baker - appcomrade.com

Joyful Animals for Kids HD is a pleasant deviation from the usual educational app. While many focus on math or the alphabet, this is the first I’ve seen where kids are quizzed on critters instead of crunching numbers. What a pleasant relief it is, too!
/ www.theiphoneappreview.com/

In a fairy world, where the sun is smiling brightly, trees greet each other friendly waving their branches and rapid river playfully shimmers with its waves, lived happy Animals!

But grief happened: one morning the Rain has disappeared leaving no trace. Without it the Rainbow didn’t come… the Animals got sad: what should they do?

Bright world lost all its colours, it became grey and sullen.

Animals couldn’t recognize each other: everyone was grey and similar. The fairly world, full of joy, turned into the saddest place in the whole Universe!

Animals gathered on a big meeting and decided that only a little child, who can see the world bright, happy and joyful, can save them.

Nowadays joyful Animals are looking for someone, who can make their world fairy again. Someone, who can bring its colour to every animal back, remind where it lives and what its name, because Animals were grey and similar for such a long time, that they have already forgotten who is who!