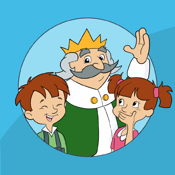 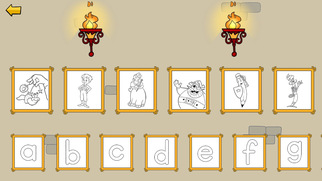 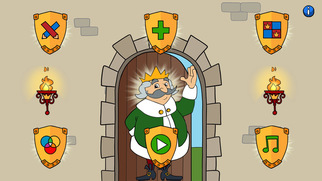 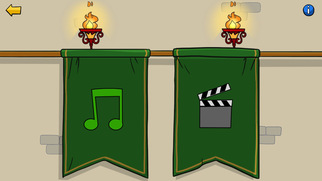 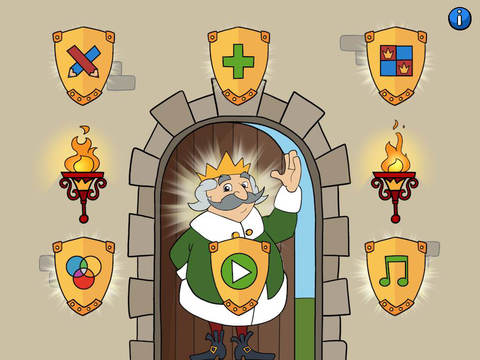 The Alphabet King - how the letter sounds got their shapes

Content: 30 stories providing two and a half hours of audio about how shapes are made for the letters sounds by a magical king in his enchanted castle. Also includes cartoon, song, games, writing practise and a superb 'create your own story' section.

The Alphabet King is a catchy and unique educational concept that has been used in Norwegian schools for several years, in conjunction with a letters and sounds programme. The stories take children into a cohesive, imaginative world with an adventure for each of the letters in the alphabet. Emphasis is placed on distinguishing between the letter and the sound it makes, which is very important in early reading. The programme helps children understand that sounds build into words and introduces the terms vowel and consonant, as well as capital letters, are introduced.

The adventures are illustrated with simple, colourful shapes to stimulate the imagination. The captivating stories are read by Timothy West, but are also subtitled so you can read with your children too. The app offers audio, visual and experiential learning, using more of the child's sensory channels to secure associations between sounds and letters. They can listen to the stories over and over again to learn the letters really well.

When you first enter the app, the adventures of the various letters come in the following order: first, an introductory story on the characters and concepts of the programme called "Alphabet Castle and how it all began". Then the letter stories will illuminate in the following order: s, a, t, p, i and n. These are the letters children learn first because they are distinctive sounds and form words easily. Once these first letters have been created, the alphabet menu unlocks and you can read the stories in any order you like. Interspersed are stories about joined up writing and how letters make words, which help children crack the reading code.

In addition, The Alphabet King app has several additional functions, such as memory game of letter pairs. Children can also practise writing the letters directly onto the screen using lines on a castle, and colour characters and letters from the stories in the drawing program. They can create their own stories by building pictures with elements from the stories and then record their narrative on the audio mode.

And last but not least, you can sing along with the alphabet song and watch our cartoon about the alphabet.

We hope you and your children will enjoy taking part in the Alphabet King's adventures and that this app will make reading training an enjoyable experience.