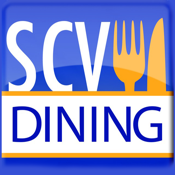 KHTS AM-1220 is like no other radio station. What makes us different? As the only local radio station in the Santa Clarita Valley, we believe we need to be an anchor of our Valley. At KHTS we don’t just talk the talk, we walk the walk.Why KHTS? Carl Goldman and Jeri Seratti-Goldman are one of the last Mom and Pop radio owners in Southern California. The Goldman’s have been extremely involved in Santa Clarita since purchasing the radio station in 1990. Both have been named Santa Clarita Valley Woman of the Year (2005) and Man of the Year (2008). There is virtually no part of our community KHTS doesn’t impact. Our emergency coverage has won national awards. We were there during the 1994 earthquake, providing non-stop emergency coverage for six months, while our Valley recovered. Our emergency coverage hit again during the 2003, 2006 and 2007 fires. We’ve been there for floods, the I-5 tunnel explosion and thousands of smaller incidents. As an extension of the station’s emergency involvement, KHTS formed the Santa Clarita Disaster Coalition in 2004. The coalition is made up of all our Valley’s emergency stake-holders and serves as a “second responder” to fill the gaps not handled by our first responder agencies. Local news is delivered throughout the day over our airwaves, on our website and with a partnership with SCVTV, as a five minute daily television newscast. Our KHTS national award winning daily news briefs are now read daily by 24,500+ residents. KHTS doesn’t just relay our local news, it makes news. Since 2006, our station organizes an annual Sacramento Trip, traveling with up to 95 community leaders by bus to advocate to key legislators the most important issues impacting our Valley. In 2012, the station launched its first annual Washington DC trip to advocate on key local issues to our Federal legislators. Our eight trips to Sacramento and two trips to Washington DC are documented on our road trip portals. Our 9th annual trip to Sacramento is set for March 17 & 18, 2014. Our radio station has a passion for our youth. Our national award winning 4th Grade book reports have been a daily feature on our airwaves since 1990. The Art of Healing was launched by Jeri Goldman in 2006. And KHTS brought back the annual Congressional Art Awards with Congressman Buck McKeon in 2006. It was the Goldman’s who formed the Michael Hoefflin Foundation with Sue and Chris Hoefflin. The first “Evening Under The Stars” fundraiser was held at their Sand Canyon Home in 1994. In 2010, the station launched its annual KHTS Home and Garden show at the Valencia Hyatt. They brought back the annual Emergency Expo to the event in 2012. Plans are now being made for the 5th annual KHTS Home & Garden Show and Emergency Expo at the Valencia Hyatt on May 17 & 18, 2014. In 2011, the Goldman’s were asked by Habitat for Humanity to spearhead an exciting new program. SCV Habitat For Heroes. The organization has been renovating local Veterans homes on a monthly basis. They are now breaking ground on the first of its kind Veteran Village of 87 homes here in Santa Clarita. Why KHTS?Another exciting project the radio station has been instrumental in launching has been the Action Family Zone. Action CEO and Founder Cary Quashen has hosted a weekly one-hour program on KHTS since 2003. In 2012, they brought Cary and KHTS life training host, Alex Urbina together. The Action Zone, a free teen club became a reality serving our Santa Clarita youth.