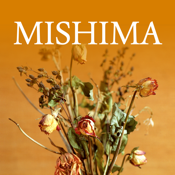 Mishima is an indie pop band from Barcelona formed in 1999. The group's name refers to Japanese author Yukio Mishima.

Mishima's first two albums, recorded in English were well received by the critics, but their major success came in 2005, with the release of the third album, Trucar a casa. Recollir les fotos. Pagar la multa ("Call home. Pick up photos. Pay the fine"), in the Catalan language. Their subsequent albums have been in Catalan.