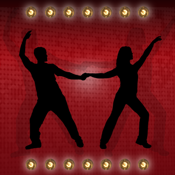 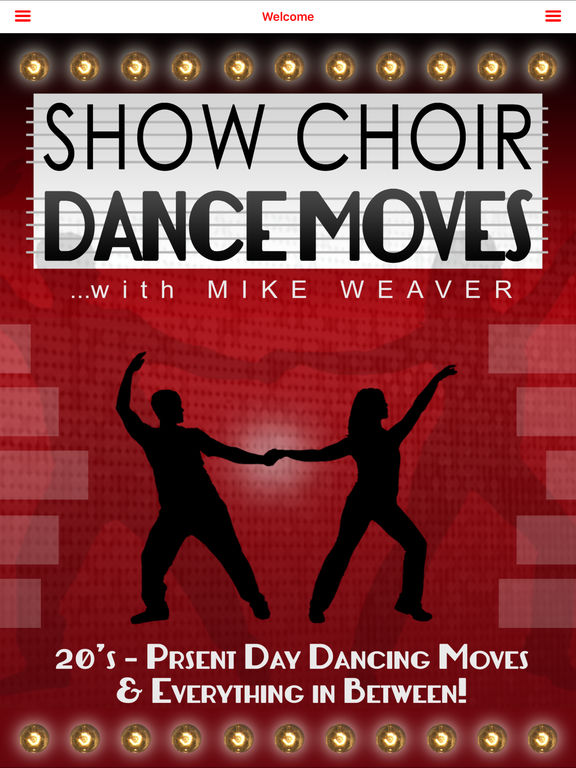 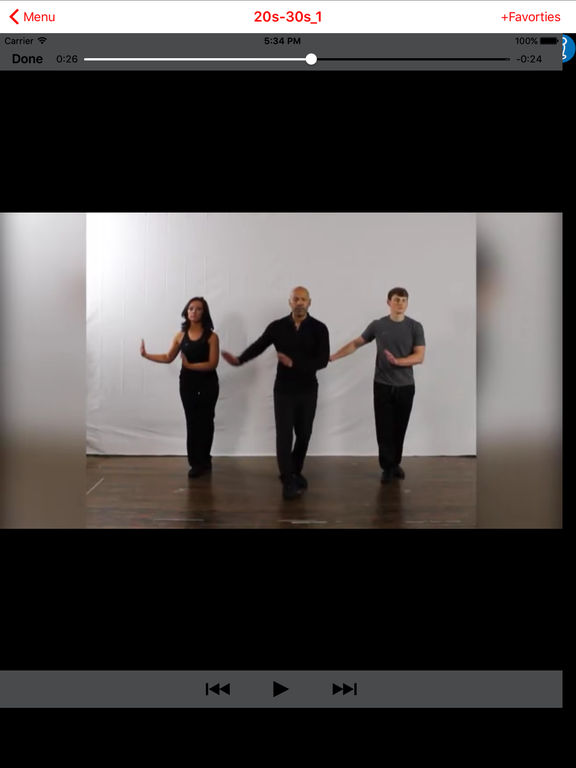 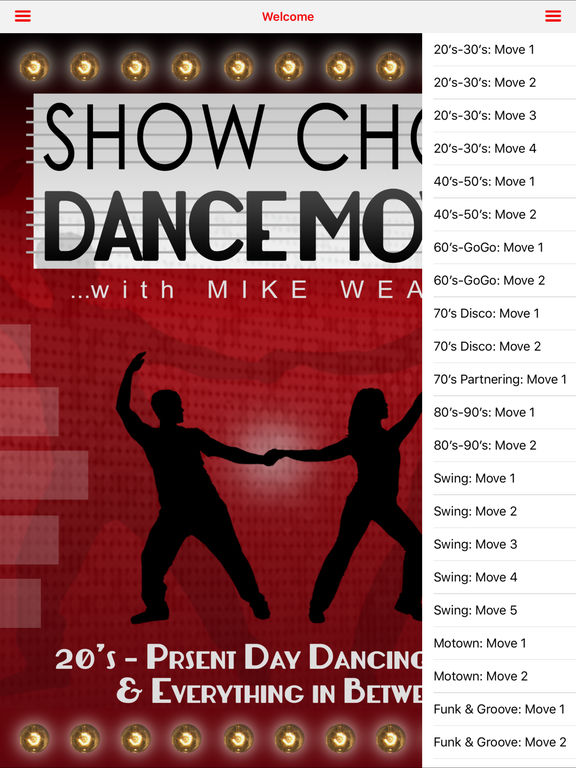 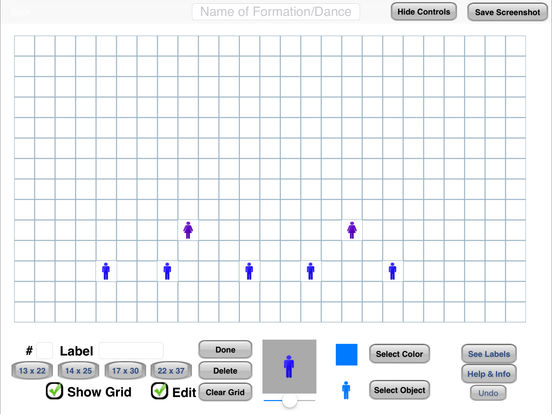 Show Choir Dance Moves is the must have app to get you started choreographing today! Taught by the top show choir choreographer Mike Weaver, you get 49 great 20’s dance moves to Present Day Pop and everything in between. Simply select the era or style and get some quick ideas on what kind of moves could look good for a particular song. No other app covers a greater time frame of dance styles.

All moves include Video with Description!

Great features of this app include the ability to save your favorite moves and an interactive formations planner in the iPad version.

Mike Weaver is an author and award-winning director/choreographer based in Chicago.

He works widely in both conceptual and technical development with a variety of projects ranging from show choir competition programs to concerts and theatrical events. Credits include: Carnival Cruise Lines, Six Flags Discovery Kingdom: Marine World Africa USA, Hal Leonard Publishing, and Applause Theatre and Cinema Books. As a clinician, Mike has served as adjunct faculty with several American universities and taught at numerous performing arts camps, including Show Choir Camps of America.

Mike has served as an adjudicator and/or clinician for numerous regional and national venues – including the Fame Show Choir National Championship Series in New York, Chicago Branson and Orlando, and Show Choir Canada in Toronto, and several American Choral Director National Conferences.

He is co-author of the definitive and internationally acclaimed book -- Sweat, Tears and Jazz Hands: The Official History of Show Choir from Vaudeville to ‘Glee’.