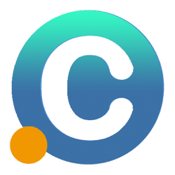 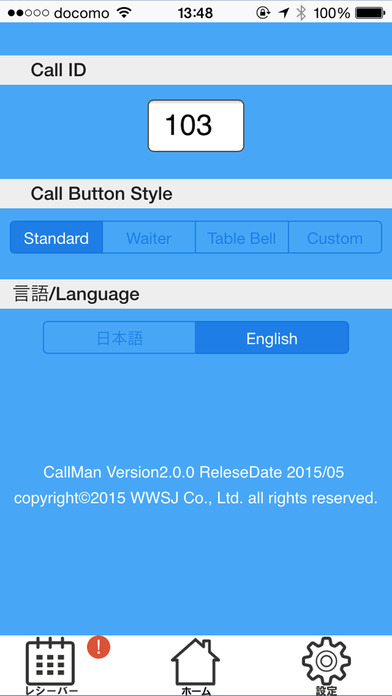 ■ How to use CallMan

Coleman is what tabletop Bell and display machine to invoke that it is to set.
You can use the desktop bell, such as in the shops in the app.

ID next to his ID display unit by default, has become to call myself as a test.

[Ver1.0 -> Ver1.3]
iOS8 I was supported later.
I was turned into 64bit.
English and I can now switch between Japanese.
I have changed the image of the skin to the flat design.
GPS in the calling of the current position is I can now display.
I have been moved to the configuration screen the ID change of display machine.
I was in a vertical screen fixed.

[Ver1.3 -> Ver1.5]
Bug fixes that may bell icon does not appear on the splash screen after
Display of machine improve reaction speed

[Ver1.6 -> Ver2.0]
To change the bell icon in any of those.
Receiver in by the response can inform the state to bell.
To significantly improve the response speed of the server.
Screen flat icon of the design.

[Ver2.0 → Ver2.1]
I was faster start-up time.
I was centering the position of the bell icon.
and response speed of the server has been improved compared to the prior art