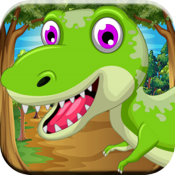 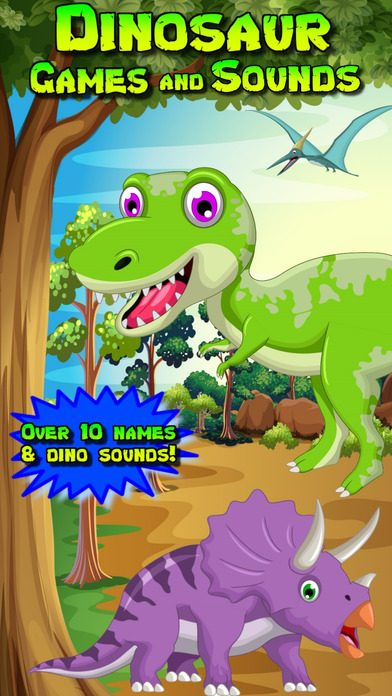 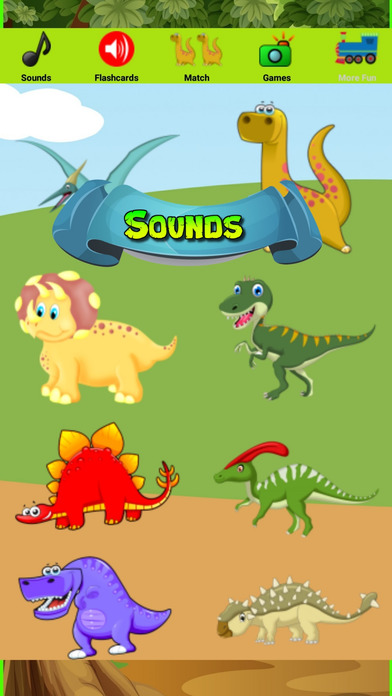 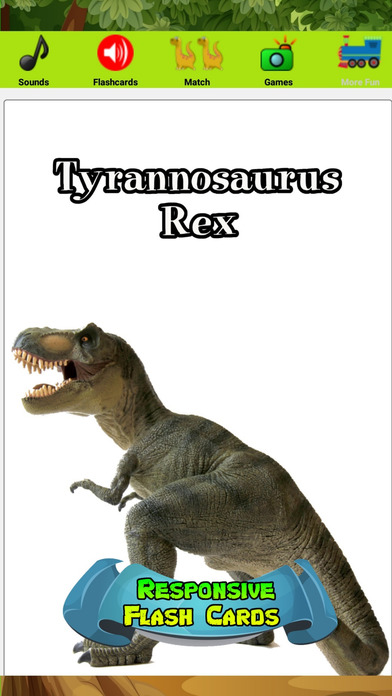 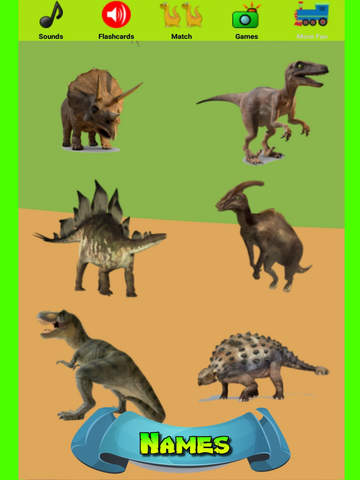 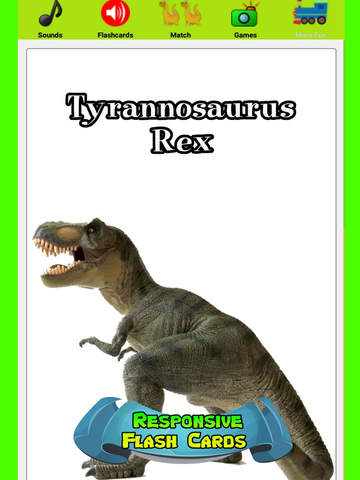 Roar! Take a step back into a jurassic world for a roaring good time with dinosaurs, dino eggs, dinosaur sounds and dinosaur flash cards. Play n' Learn apps is proud to introduce the Dinosaur Games For Kids Activity App! Your budding paleontologist will have a delight-filled time playing with dino games, a dino fun cam, and learning the real dinosaur names with dino flashcards in this activity app designed for ages 2 & up.

Play...
9 DINOSAUR FLASH CARDS- Hear the names of the dinosaurs and see realistic pictures of them.
12 DINO SOUNDS- Hear them roar and see the cute cartoon dinosaurs play in their prehistoric world.
4 DINOSAUR MATCHING GAMES- Test your memory and dinosaur knowledge.
DINO THROW GAME- Launch rocks at dinosaur eggs in this engaging game.


Dinosaur Flashcards
The toddler dinosaur games activity app features 9 interactive dinosaur flashcards! When your little one taps a dino sound flashcard that including a stegosaurus, t-rex, and more the flashcard will speak the correct pronunciation.

Dino Sounds
Take your little ones back into prehistoric times with the dinosaur games for kids sounds. So cute the funny cartoon dinosaurs will delight them with cool and funky dino noises. Hear and enjoy the cartoon dinosaurs roar, throw eggs, swim, and more, including an awesome t-rex sound and baby dino's hatching!

Dino Throw Game
Have a blast playing with rocks in this cute and sometimes addictive preschool dinosaur game. Your little one will get 4 tries to knock down the dinosaur eggs and then they will have to start over. And when they win they will see a cool dino do a victory dance for them!

Get ready to take a trip back in time and have a blast playing with dinosaurs and learning the dinosaurs names in the Dinosaur Games For Toddlers Activity App and let your child have fun learning through play with a Play n’ Learn App!