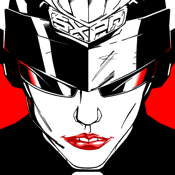 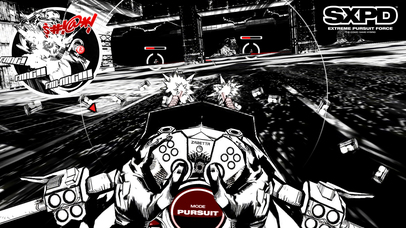 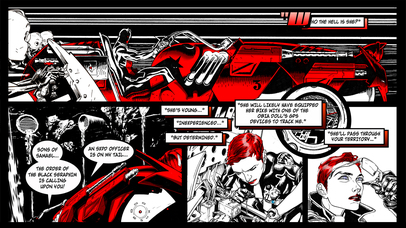 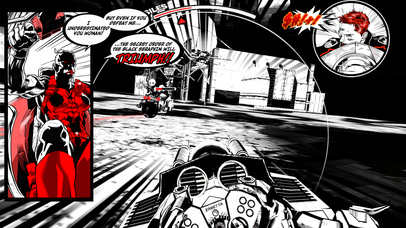 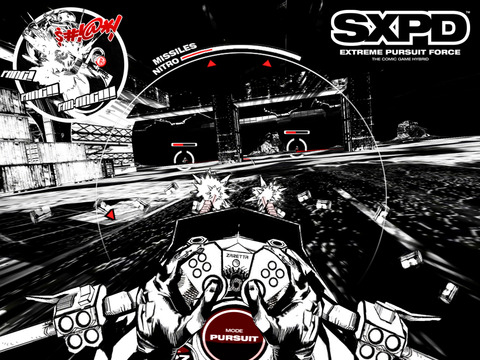 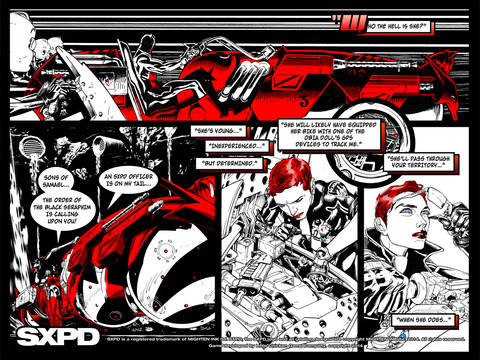 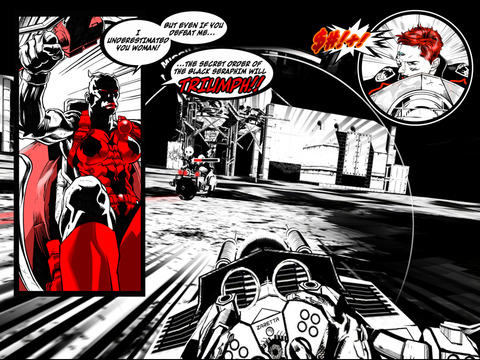 SXPD: Extreme Pursuit Force is a brand new form of entertainment that blends gaming with digital comic books. The complete version of this Comic/Game Hybrid allows you to enjoy a full 42 page comic by renowned comic book artist Duke Mighten and then jump right into the action when the story demands it, with its game sections directed by game industry legend David Perry. It is a comic book you can play!

The story revolves around the SXPD, an elite police force consisting of all female officers who enforce the law in the privately owned 52nd state of America; 'New Royale'; a hyper violent and bizarre scifi world.

Chase the gangs and violent criminals of New Royale, in a high speed bike pursuit across the dangerous environments of the dark State. Get lured into the sewers, wastelands and industrial zones of the city. And find out if the Rookie can save New Royale from the terrorists threatening it.

'The Rookie' is the first instalment of many episodes and features 6 chapters of comic book storytelling, and high adrenalin racing game action.

What the press says:
Theguardian.com:
“One of the most inventive iOS games of 2014 so far.”

Killscreen.com :
“just as the action kicks in, you see a panel depicting a first-person view. Swipe, and you dive into the comic book world, without compromise to visual fidelity—there's a beautiful fluidity to be seen as the expressive art style transitions into motion. “

Toucharcade.com:
“Dark and violent in nature, SXPD is reminiscent of comic series such as Tank Girl or Heavy Metal, perhaps, and is ideal for anyone who wishes to dive into the world of intense high speed chases, rapid gunfire and earth-shattering explosions.”

Pocketgamer.com:
“SXPD crackles with energy. It's an assault on the eyes in the best possible way.”

148appps.com:
“SXPD is ideal for any comic book fan who wishes they could dive into the pages of a high-speed chase.”