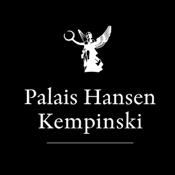 PHK (Kempinski Hotels) PMN application enables Kempinski Hotels and their guests to enjoy a great experience during the hotel stay by integrating and unifying content and devices, into a single entertainment and services network. The PHK - PMN app enables iPhone or iPad to stream guest personal video, photo, music content, as well as content from social networks like Facebook and Google+, anywhere in the hotel through WiFi on to the in-room television. Once the device is synced to the in-room television system it provides access and control to on-demand movies stored on the hotel’s Quadriga Sensiq entertainment system, and if licensed and approved by the studio, accessed with the PHK app and played on the mobile device.

The PHK - PMN app, enables guests also to control all television functions with their mobile device, including the ability to stream free to guest television to the mobile device for play, if approved by the broadcaster. This creates a free to guest viewing area as large as the hotel WiFi area and no longer limits viewing on the in-room TV only.

Download the PHK - PMN app from the iTunes store and use it to:

√ Control the TV as a Mobile Remote.

Connecting the app with the TV is easy and involves scanning a QR code displayed on the in-room TV screen or entering a number via the keyboard on your mobile device. Once paired, you can use the mobile iPhone or iPad to access the television and services available through the on-demand entertainment system. The PHK - PMN app functionality is available anytime during your hotel stay. Pairing is secure and only paired devices can access your room account.

√ Content share on your mobile device, including music**, photos and videos** from your social media accounts, and stream them to the television for play.

√ Listen to thousands of top music tracks from world-leading artists.

√ Check out information about hotel facilities and the local area.

√ Stream your own personal content (music, photos and videos*) from your mobile device to the TV in your hotel room.

* Depends on the hotel configuration.

** Media licensing restrictions mean that some music and videos can’t be streamed to the in-room TV. Ask the hotel’s front desk for more information.