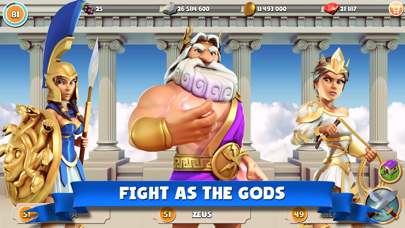 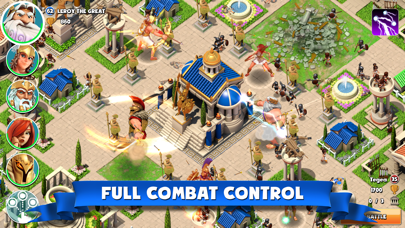 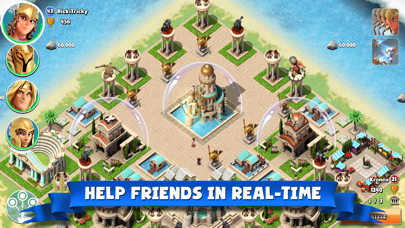 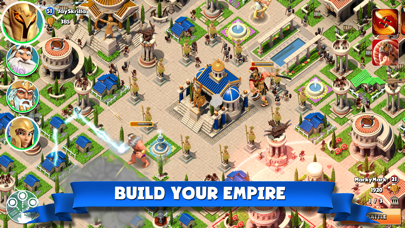 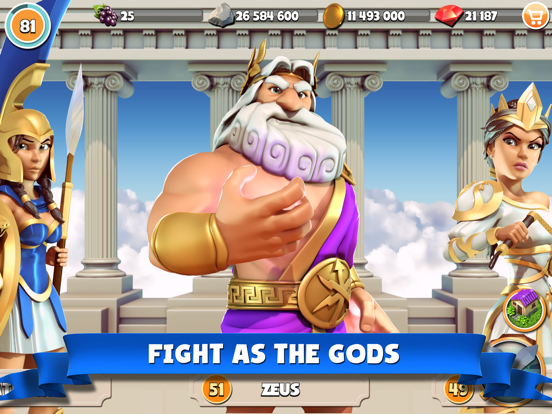 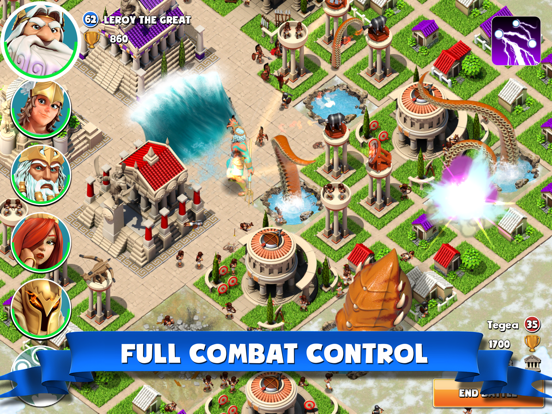 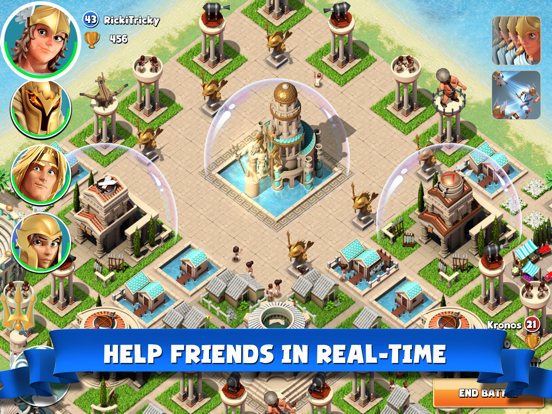 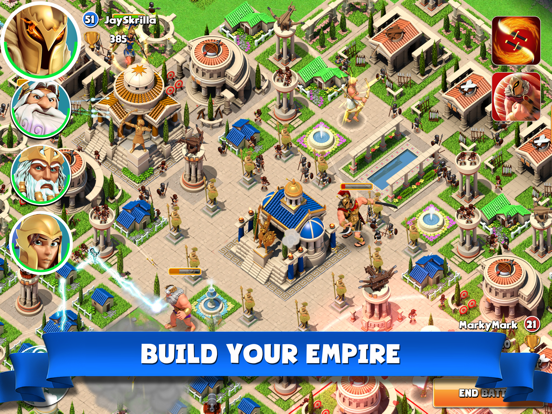 Command the gods of Olympus as they battle through ancient Greece against fortified cities and hundreds of combat units. Control every second of the action as the gods rampage through the cities of your enemies. Build a mighty empire worthy of the gods.

Full Combat Control
Take full control of the legendary Greek gods in real-time combat. Master an innovative combat system that puts you in command of towering gods as they tear through enemy defenses. Employ strategy and brutality as you unleash the devastating powers of Zeus, Poseidon, Athena, Ares, Aphrodite, Apollo, Artemis, Hades, Hera, and Hermes.

Real-Time Cooperative Play
Rush into battle to aid your allies and fight alongside them in live cooperative play! Help them defend their city from attacks or join them in laying waste to your enemies.

No Build Times
All buildings and upgrades are completed instantly -- never wait for a build timer! Instantly buy and sell buildings, reinventing your city at any time. Explore a huge variety of city layouts and defensive strategies.

Unique Reward System
Never lose your hard-earned wealth! The gods reward both skillful attacks as well as clever, effective defenses. Claim your fortune in the battlefield, thanks to a game economy that rewards action, boldness, and combat.

● Full control of the legendary Greek gods in real-time combat.
● Real-time cooperative play -- help an ally defend their city or attack another empire.
● Defend your city from attacks as they happen in real-time
● Construct buildings instantly -- no waiting!
● Each god commands multiple unique combat powers
● Build a powerful city protected by massive armies and an array of defensive towers.
● Spar with yourself or alliance members to test their might.
● Get rewarded both for defending well AND for attacking well.
● Expand into new areas to create a vast empire.
● Battle for the fate of Ancient Greece in an epic single-player campaign based on Greek mythology.

I spent my formative years in the 1980s when video games were still in their infancy and games like Age of Empire were still some time off in the distant future.

Whether you prefer realistic fight games or fantastic displays of specialized moves, fighting apps have something for everyone.