Shape Sudoku Game - Download and Play Fun Puzzles as in the Daily Mail, from Beginner to Fiendish 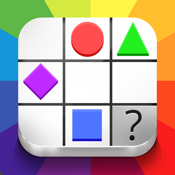 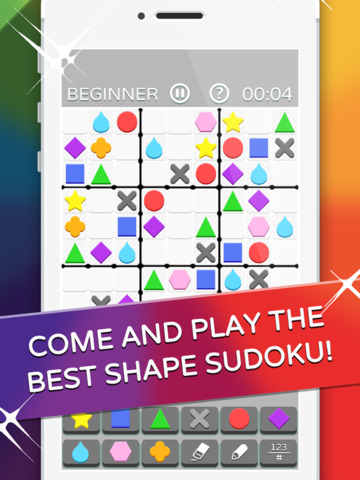 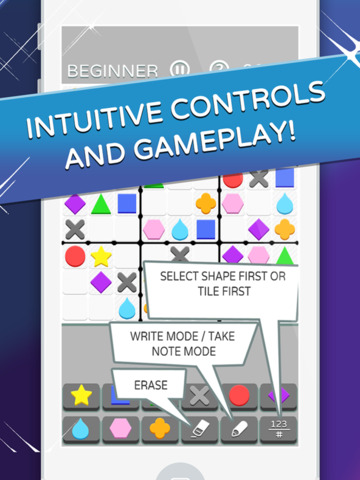 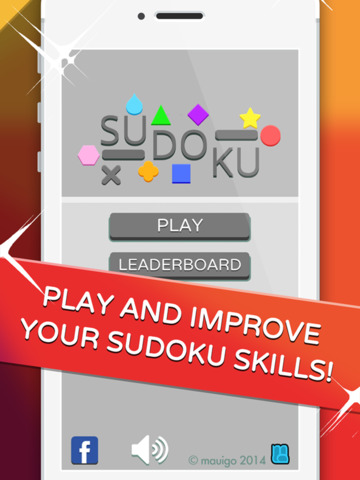 Shape Sudoku is the best Sudoku Puzzle game in the whole sudoku kingdom - with colored shapes instead of boring digits from 1-9! Solve the puzzles like a sudoku solving samurai!

Objective Of Shape Sudoku
The objective is to fill a 9×9 grid with colored shapes so that each column, each row, and each of the nine 3×3 sub-grids that compose the grid (also called "boxes", "blocks", "regions", or "sub-squares") contains all of the colored shapes not more than once! At start, the puzzle shows you a partially completed grid, which has a unique solution.


What is Shape Sudoku
Sudoku originally called Number Place, is a logic-based, combinatorial number-placement puzzle. The objective is to fill a 9×9 grid with digits so that each column, each row, and each of the nine 3×3 sub-grids that compose the grid (also called "boxes", "blocks", "regions", or "sub-squares") contains all of the digits from 1 to 9. The puzzle setter provides a partially completed grid, which for a well-posed puzzle has a unique solution.
Completed puzzles are always a type of Latin square with an additional constraint on the contents of individual regions. For example, the same single integer may not appear twice in the same 9×9 playing board row or column or in any of the nine 3×3 subregions of the 9×9 playing board.

Contact Shape Sudoku Team
You would like to see additional features? No problem! Just review the game and let me know what I should add! Thanks! We have a dedicated team for the support of Shape Sudoku and we are always willing to help our users. We are also available on skype 24x7 for helping you.