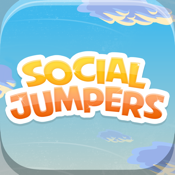 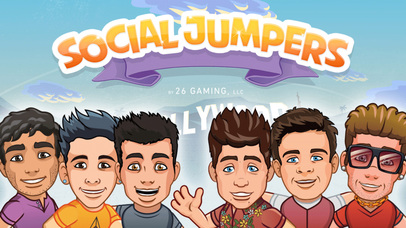 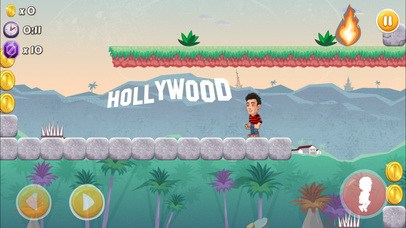 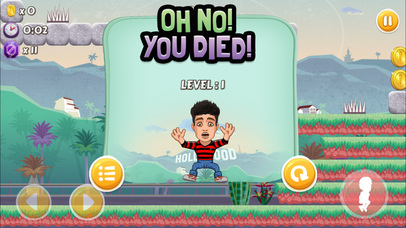 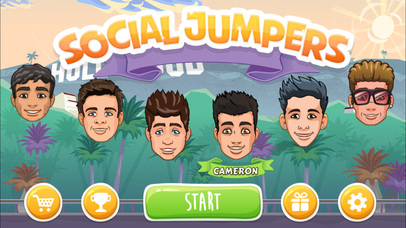 Social Jumpers is a platformer style game that challenges you to beat levels that keep getting harder as you progress. Choose Nash, Cameron, Carter, Hayes, Bryant or Bart and complete all 70 levels.

Make it to the top of the leaderboard to have the best chance to be followed by the boys, to win amazing prizes, and receive push notifications when they have new videos, tweets and contests!

Nash Grier is a social media phenom from North Carolina. With more than 10.5m followers on Vine (more than Ellen DeGeneres, Miley Cyrus & Justin Bieber); more than 6.9m on Instagram; more than 3.5m on YouTube; and, more than 3.9m on Twitter, he has taken the social media world by storm. This 16 year old's following grows by about 300,000 a week thanks to his mix of slapstick comedy, song parodies, adolescent humor and videos often co-staring his friends and family.

After astonishingly gaining over 9m combined followers on social media in only 7 months, Cameron Dallas loves creating his imaginative and funny content for his followers. His 4m followers on Twitter, 5.3m on Instagram, 6.5m on Vine, & 3.9m subscribers on YouTube will be quick to agree that he is the new teen heartthrob. Whether producing content alone or with his group of friends, fans all over the world are always eager for his next masterpiece to be posted for their viewing. Born and raised in California, he hopes he can continue entertaining the world for the rest of his life.

Hayes Grier followed his older brother’s footsteps and became a social media sensation. At just 14 years old, he has more than 3.4m followers on Vine, more than 3.2m on Instagram and over 2 million on Twitter. He is a rising star in the entertainment world. Touring the US at various events, he has his large fan base of loyal followers eager to meet him in person and watch him perform live.

At only 18 years old, Carter Reynolds is already a social media superstar. He has over 3.5m followers on Vine, 2.5m on Instagram and over 2.1m on Twitter. Originally from South Florida, Carter now lives in North Carolina. He loves to act, travel, and make people smile.

Bart Baker is the “King of Music Video Parodies” with over 5 million Subscribers and 1+ billion views on YouTube. Bart is a one-man mastermind; writing, directing, singing, acting in, and editing comedic parodies of top-trending music videos. He is currently in the top 1 percent of all YouTube channels worldwide.

Bryant Eslava is a 22 year old photographer born and raised in California. At the age of 16 he used social media as an outlet to publish his work and at 18 years old he moved to New York to shoot for brands, magazines and modeling agencies.