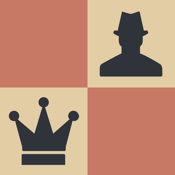 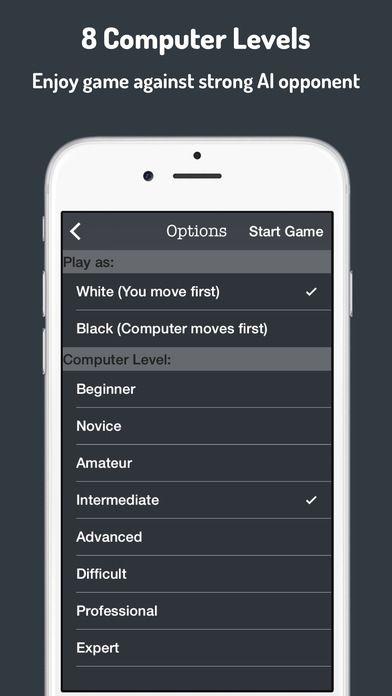 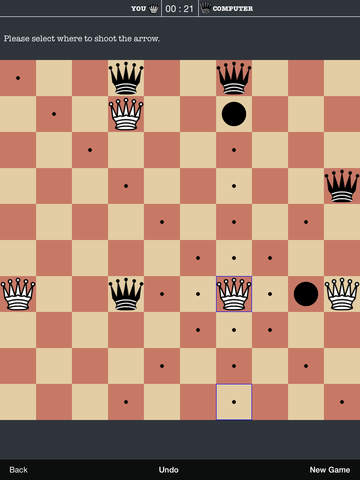 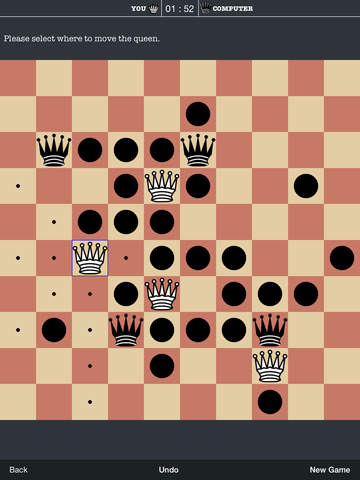 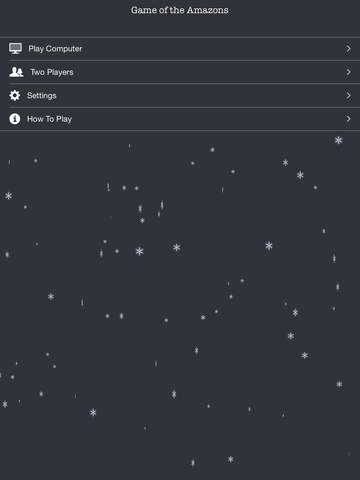 Amazons is one of most quality board games developed in 20th century. The Game of the Amazons (or simply Amazons) is an abstract game of territory for two players, played on a 10x10 board. While the game rules are simple and can be explained under a minute, the game has high complexity with more than 2000 possible opening moves for the first player, making it challenging and exciting.

This app is the FIRST and only Amazons game currently available on the iOS platform.

"an excellent game that tests your tactical skills in a territorial battle of wits, providing a wildly engaging alternative for Chess players who want a diverse and dynamic game experience.... really scintillate your grey matter..."

Each player has four amazons, which move like chess queens : any number of vacant squares in a straight line -- orthogonally or diagonally. After it moves, an amazon must fire an arrow in the same manner from its landing square (one or more vacant squares orthogonally or diagonally). The square where the arrow lands is then marked to indicate it is blocked . No amazon or arrow may move into or through a blocked square. White moves first, moving one amazon and firing an arrow with that amazon. The players alternate moving, and the player last able to make a move wins.

Videos channel for the game:
https://www.youtube.com/channel/UC5YMgGWtmpUK6-kCpGD2Udw

Thank you. Enjoy this addicting and extremely challenging game.

Amazons Board Game is an excellent board game for iPad and iPhone that test your tactical skills in a territorial battle of wits, providing a wildly engaging alternative for Chess players who want a diverse and dynamic game experience.