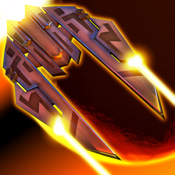 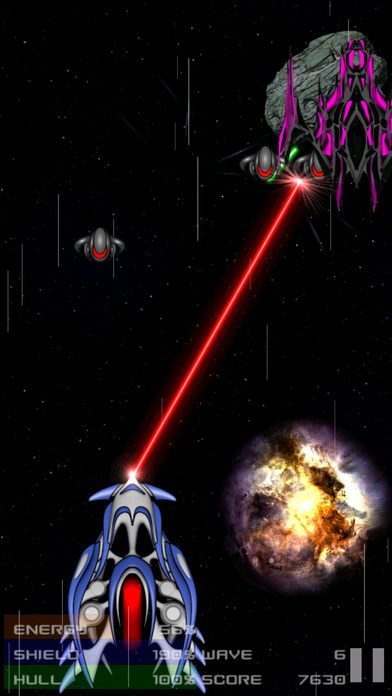 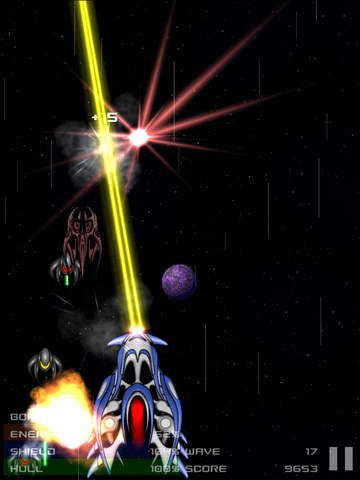 AIM. SHOOT. SURVIVE. As long as you can.

Starship Alliance is a classic 2D shoot'em up (shmup) with fun and intuitive controls.

Join the alliance and fly across the stars, planets and asteroids. Take control of starships and shoot against endless waves of alien invaders. Manage your ship's energy and shield efficiently.

Beat your high scores to unlock all ships!

"Thanks to the graphics, intuitive controls, and endless challenges this one is addictive right from the start." - Tonya Medeiros, App Picker


Two types of controls, including one totally unique for a shoot 'em up / shmup / space shooter:

Special thanks for the graphics:

We've come across a "classic" shooting-style game that may look like a classic but certainly performs in a whole lot more impressive manner. The Starship Alliance app for your iPod touch, iPad, and iPhone gives users a chance to test out their shooting skills in this 2D environment....