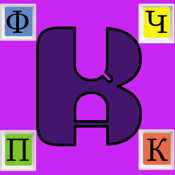 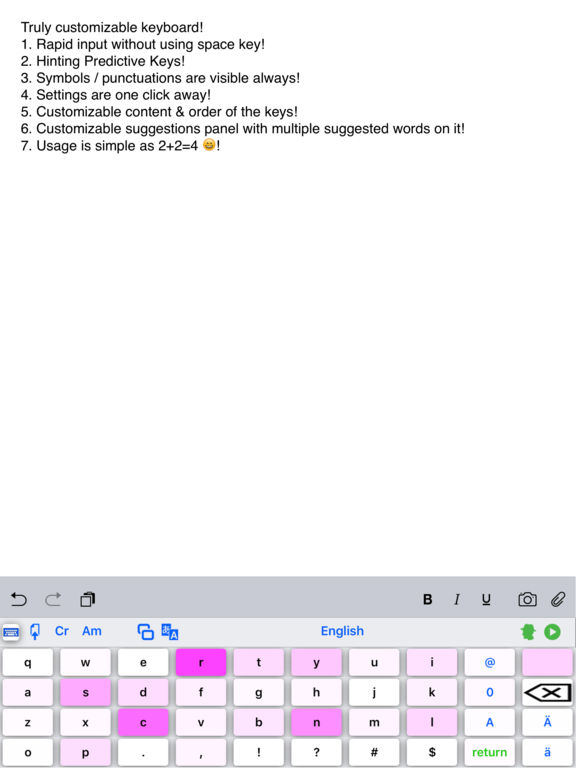 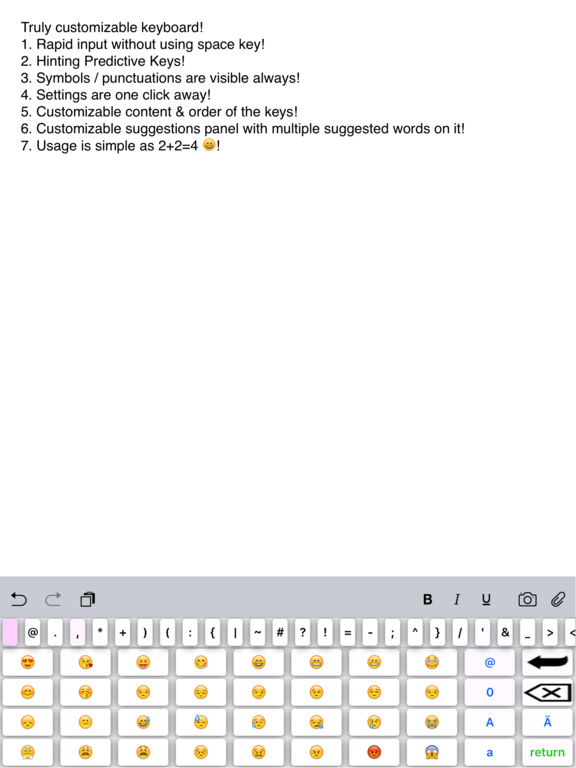 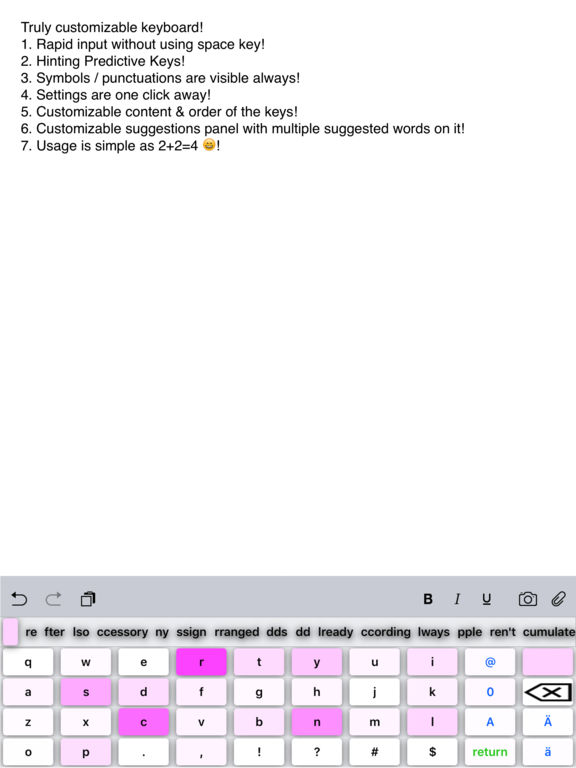 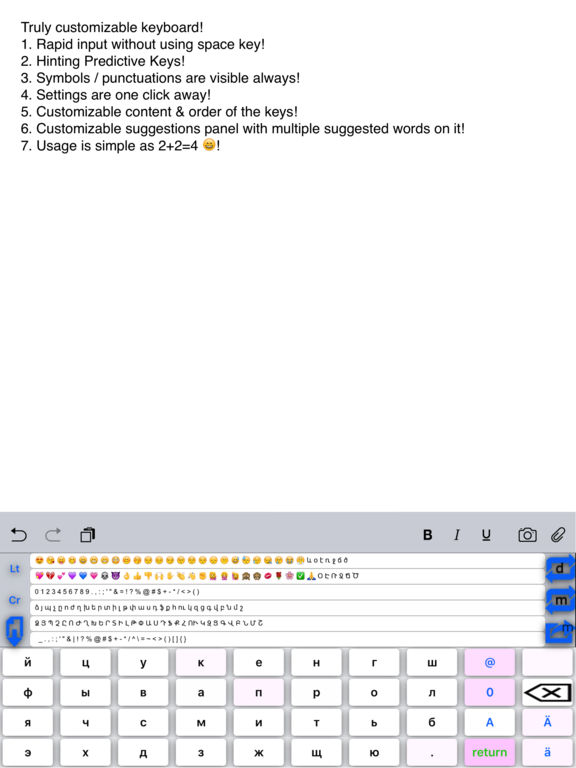 Unique keyboard for rapid input without tapping the space. It has also predictive keys, always visible punctuations, multiple words on the suggestion panel and customizable content / order of the keys: keyboard’s all interfaces can be customized with any set of characters or emoji (smiley faces) in any order.
BiPak is truly customizable and multilingual keyboard for the users of any symbols and languages, willing to gain control upon their typing experience, like circumstances (when and where) to change the interface or customize content & order of the keys or which words to add to the suggestions database or delete added ones.

Accumulative Suggestions / Predictions Bar is language independent and consists of inputted words.
The keyboard has 3 customizable multilingual layouts or alphabets, having 6 interfaces each. User can type letters of different alphabets simultaneously or switch current alphabet. User can apply (assign to keyboard interface) any character or any set of symbols or mixed letters from different alphabets having any length and order.
It also translates texts in 65 languages. Unlimited customizable interfaces support the most of these languages by default, besides user can add any sign to the keyboard’s any layout.
Built in (default assigned) alphabets are Latin (English, Spanish, French, German, Portuguese, Italian, Norwegian, Danish, Finnish, etc.), Cyrillic (Russian, Ukrainian, Belarusian, Serbian, Macedonian, etc.) and Armenian, and built in interfaces for each alphabet are symbols, primary capital letters, primary small letters, digits, additional capital letters and additional small letters. You can make any changes/customization of that order.
Any alphabet or sequence of characters or words of any language or emoji symbols, separated by spaces, can be transferred to the keyboard via simple copy & paste action, to be applied and saved. The sequences of characters or words can be rearranged or edited using system keyboard or the keyboard itself.