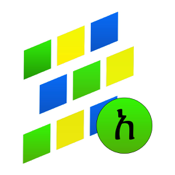 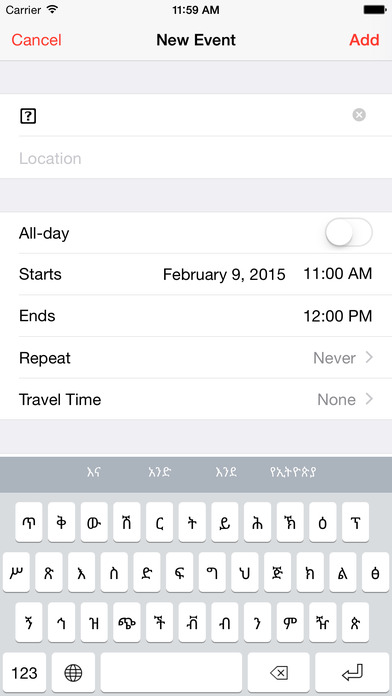 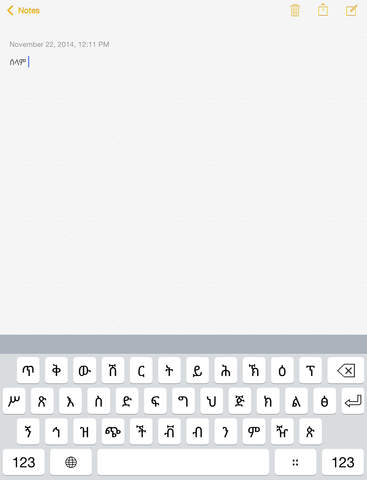 Finally, you can read and write the way YOU were meant to, with the language you think in!

Amharic (for iOS) opens a new world of technology for Africa's only currently used indigenous script. A free font lets you read, in almost any app, anything written in a Ge'ez script based language. Write quickly in Amharic with the fastest Amharic language recommendation engine! The application provides a font and a keyboard to allow users to read and write on iOS without compromising the speed and convenience of using their mobile devices.

Product Features:
• Font installer so you can read Ge'ez script based languages in any app
• Phrasebook with supporting Tigrinya, Tigre and Amharic
• Quickly enter characters in Amharic
• First word recommendation engine for Amharic (helps you type faster)
• BONUS - Use Ge'ez numerals with any keyboard!
• You can use Amharic on your iPhone or iPad (any iOS device)