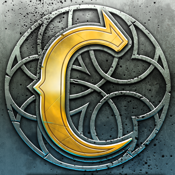 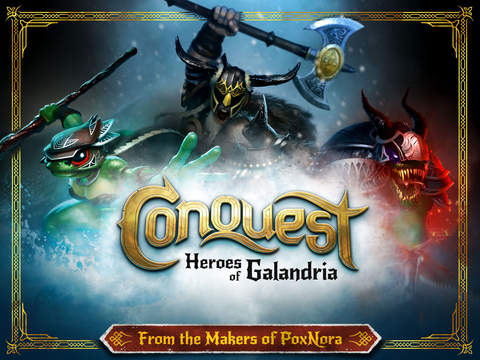 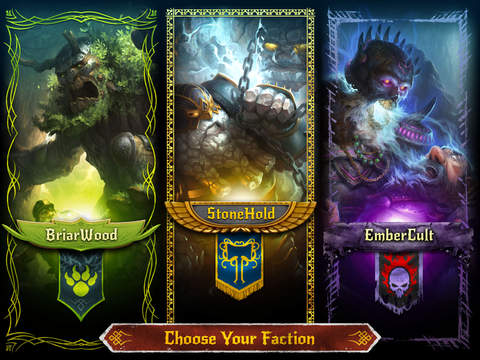 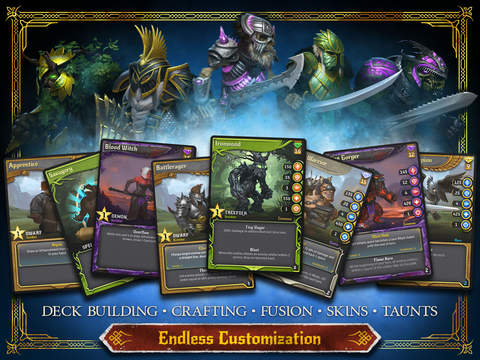 Conquest: Heroes of Galandria is the perfect blend of Collectible Card Games and deep turn-based tactical strategy that only the creators of PoxNora could deliver. Think 'Magic the Gathering' or 'Hearthstone' meets 'Warhammer', Chess, or even Hero Academy. Build your personal deck strategy and bring your cards to life by summoning fully animated creatures, casting devastating spells, and equipping powerful weapons all within battlegrounds that are reminiscent of tabletop miniature warfare. FEATURES * Single Player Campaigns & PvP Multiplayer * Customize unique decks with hundreds of cards (new expansions every 3-4 months) * Unlock all 3 Factions: * Stonehold - Dwarves, Constructs, and Barbarians * Briarwood - Elves, Beasts, Fibians, and Treefolk * Embercult - Demons, Undead, and Dragonkin * Earn cards by taking turns in PvP matches or completing quests * Global Ranking: Climb the leaderboard & compete in seasonal tournaments * Craft exotic cards by completing sets of components earned through gameplay * Cross-platform play! Play on your tablet against someone on their PC. * Make cards more powerful by fusing them together. * Complete Daily Quests & Achievements to unlock unique rewards such as skins for your Heroes. WHO IS KIHON? Kihon is a small group of seven industry vets based out of Tucson, Arizona. A majority of the team worked together at Octopi and later SOE while we built and managed PoxNora for a better part of a decade. We've now spent the past two years developing the successor to PoxNora... Conquest: Heroes of Galandria. It has been a passion project for the team and we are eager to continue developing it with your feedback. Join the community and help shape the game with us here: http://forums.conquestofchampions.com/index.php PLAYER TESTIMONIAL 'As a child I was raised playing games like Chess, Checkers and Stratego with my father. As I grew up it was only natural that I was drawn to turn-based strategy games such as XCOM, Civilization and eventually Poxnora. When I heard that many of the developers of Poxnora had joined Kihon Games and that they were involved in the creation of a new game I had to check it out. I discovered Conquest and have been hooked since. The gameplay is very easy to pick up but difficult to master, making it ideal for both casual and hardcore gamers. The developers are very involved with their players and the community is one of the friendliest that I have ever encountered. If you have not already tried Conquest then I would highly recommend it and look forward to facing you on the fields of battle.' - Robert SUPPORT Have questions? Want to give feedback? We are listening here: http://forums.conquestofchampions.com/index.php Or hit the report error button when in a game. Terms of Service: http://www.kihongames.com/terms-of-service/