I Ching - The Classic of Changes 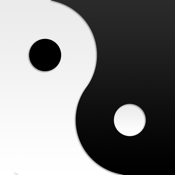 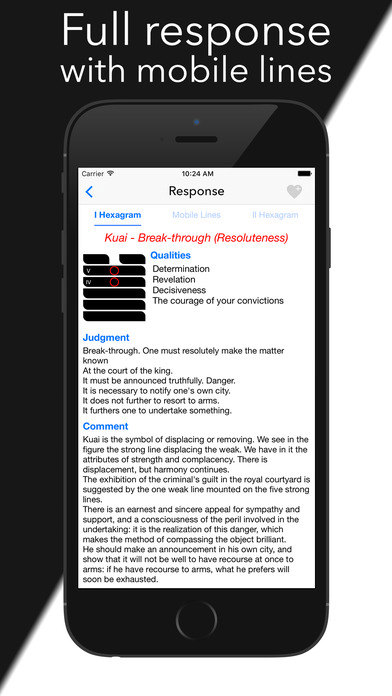 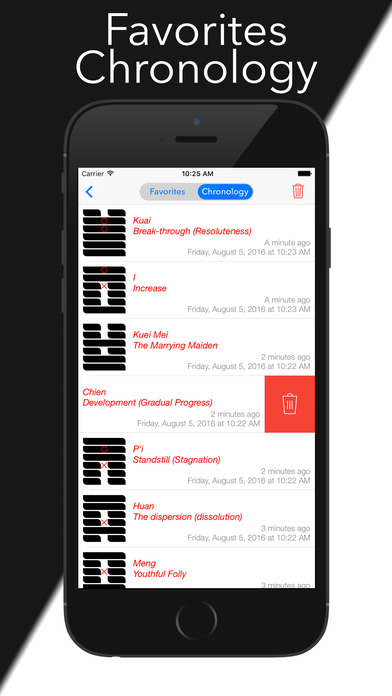 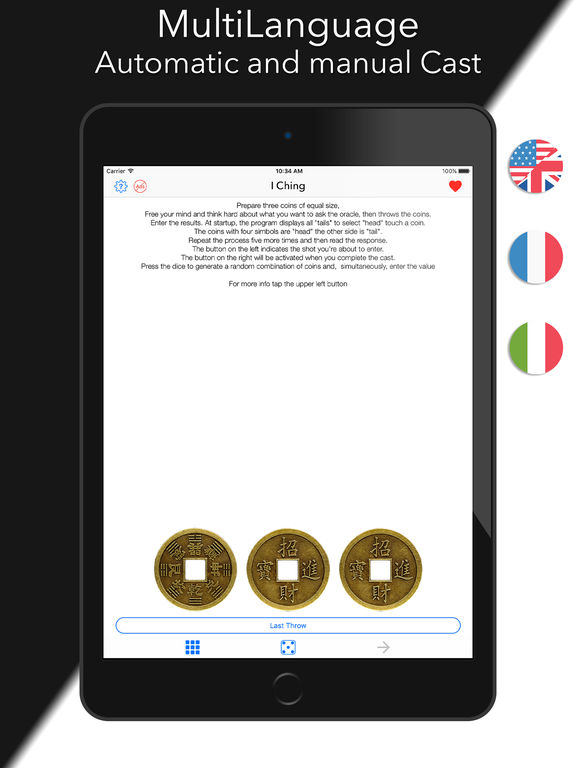 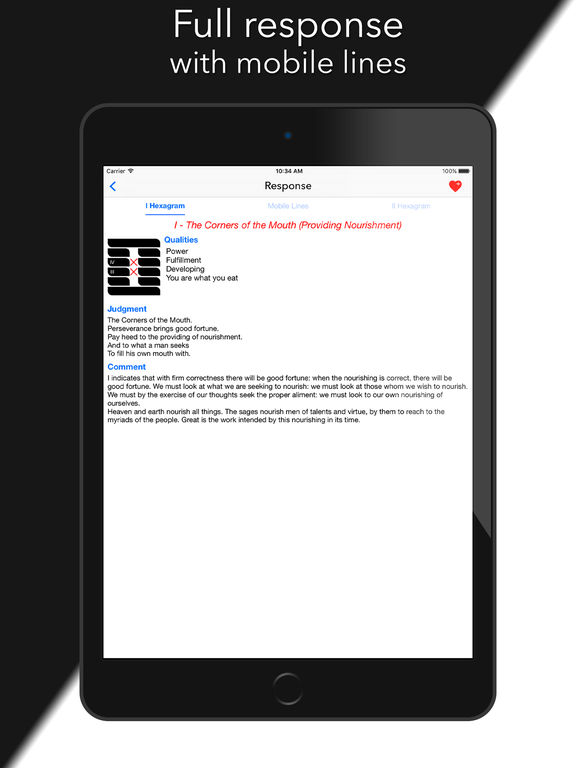 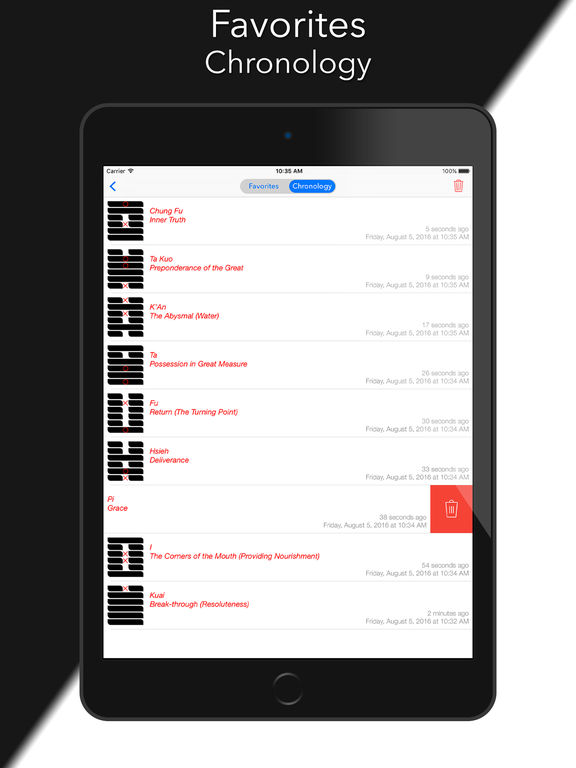 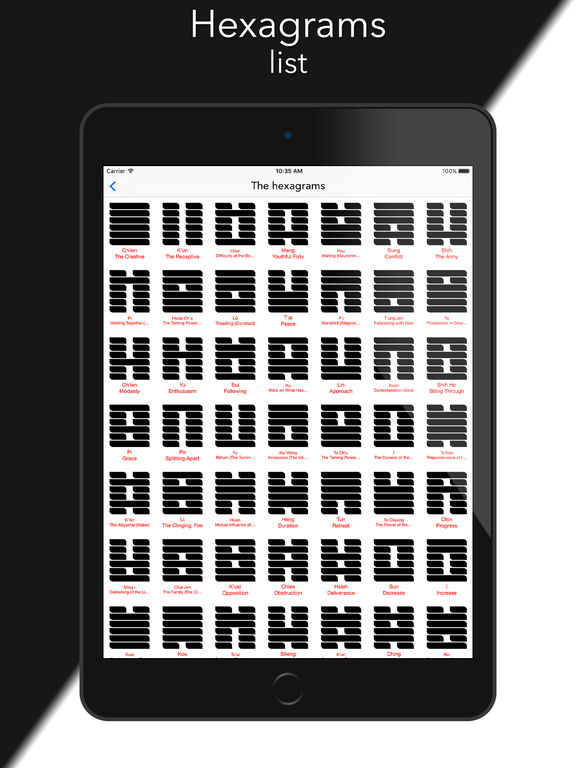 Yi Jing, also called The Book of Changes is a text written in 1100 BC and is considered the first ever Chinese classic texts.
Still used for divination purposes, provides a response based on a reading of 64 hexagrams. The response consists of the first hexagram that gives information on the current situation, by moving lines that describe how the situation will evolve to the meaning of the second hexagram (More information about interpretation are contained within the app).
With this application you can quickly consult the famous Chinese horoscope book for the "I Ching" for advice on immediate urgent questions. All you need is three coins on hand!

Functions:
-The application is in English, French and Italian
--You can change the language at any time regardless of the language of the device
-Inserting the values of coins, manual and automatic
-List the last 50 hexagrams generated with date and time
-Possibility to add the Hexagram to Favorites
-Complete Response, with initial, final Hexagrams and mobile lines

*More information taken from wikipedia
The I Ching (Chinese: 易經; pinyin: Yìjīng), also known as the Classic of Changes or Book of Changes in English, is an ancient divination text and the oldest of the Chinese classics. The I Ching was originally a divination manual in the Western Zhou period, but over the course of the Warring States period and early imperial period was transformed into a cosmological text with a series of philosophical commentaries known as the "Ten Wings." After becoming part of the Five Classics in the 2nd century BC, the I Ching was the subject of scholarly commentary and the basis for divination practice for centuries across the Far East, and eventually took on an influential role in Western understanding of Eastern thought.

The I Ching uses a type of divination called cleromancy, which produces apparently random numbers. Four numbers between 6 and 9 are turned into a hexagram, which can then be looked up in the I Ching book, arranged in an order known as the King Wen sequence. The interpretation of the readings found in the I Ching is a matter of centuries of debate, and many commentators have used the book symbolically, often to provide guidance for moral decision making as informed by Confucianism. The hexagrams themselves have often acquired cosmological significance and paralleled with many other traditional names for the processes of change such as yin and yang and Wu Xing.