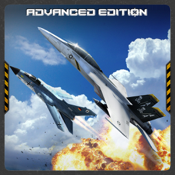 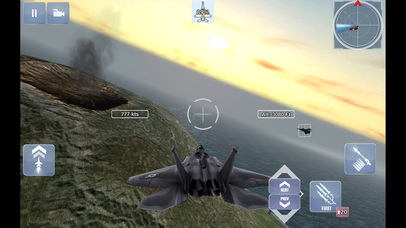 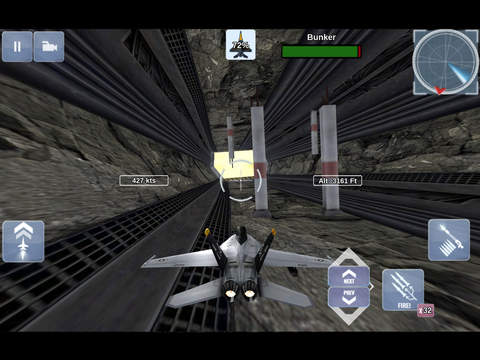 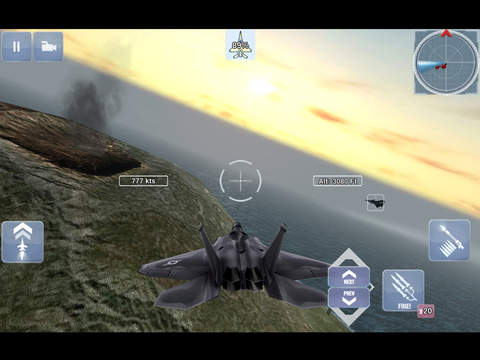 FoxOne Advanced Edition is a special release of the action flight simulator FoxOne, released last year by SkyFox Games. This advanced edition contains many new features, many of which have been added following feedback by the community (our thanks to them).

◆FoxOne Advanced Edition represents the best value for money as the price includes access to not only the entire game but also all the aircraft, weapons and stages.◆

◆NO IN APP PURCHASES! The player has only to progress through the game to unlock all the aircraft and stages.◆

The entire world is your battlefield. Take part in battles against terrorist powers, whilst flying modern combat aircraft for a secret mercenary squadron. As a pilot for this squadron, you'll be rewarded for your kills, which will enable you to purchase and fly increasingly advanced aircraft. As you progress through these missions you'll be able to rank yourself against your fiercest of enemies.
◆◆◆◆◆◆◆◆◆◆◆
■■■Features■■■

◆◆◆◆◆Each aircraft has its own Unique and Authentic looking 3D Cockpit.

◆◆◆◆◆Unparalleled sense of speed: Feel the thrill of blasting through the skies in 12 different supersonic jets, based on real aircraft models, each one having its own unique place and use in the game.

◆◆◆◆◆asy to pick up controls: Unlike other action flight sims, FoxOne has an extremely intuitive and responsive control layout, which enables you to focus on the battle, instead of trying to stay airborne.

◆◆◆◆◆A wide range of different weapons to equip your jet awaits you. These include built-in cannons, guided air-to-air and air-to-ground missiles, bombs and unguided rockets.

◆◆◆◆◆Fly through 17 increasingly challenging and varied missions (non-linear) located in different parts of the world.

◆◆◆◆◆Protect allied aircraft such as Air Force One, or defend entire cities from enemy bombers.

◆◆◆◆◆Gritty and visceral: No cartoony visuals and silly characters, this is the real deal.

◆◆◆◆◆Are you ready to take on the role of a mercenary fighter pilot? Are you ready for intense and chilling missions? If so...become FoxOne!

Fly to live...kill or be killed.

■■■Interview with the developers:■■■
http://www.flightsim.com/vbfs/content.php?15756-SkyFox-Developer-Interview