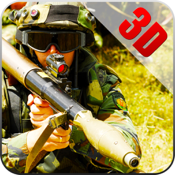 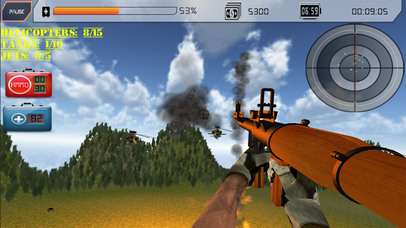 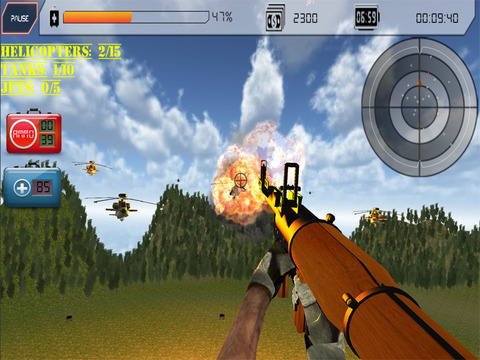 Defence Commando is first person shooter Bazooka game. The gameplay and graphics are amazing. A team of developers worked hard to provide you the best gaming experience to users. The game is enriched with immersive 3D effects and background war music. In Defence Commando you will be equipped with a bazooka to kill your rivals. You have to shoot enemy targets that involve Tanks, Helicopters, and Jet Fighter planes. You have a limited number of bullets or ammo. Defence Commando offers earning money in the game. Money can be earned by shooting enemy targets which can be used for buying more ammo and health packs to clear higher levels. Your commando play a defensive role and shoots the enemy before they attack your barrack. The game is a death war, if you fail to shoot the enemy, you are dead. Don't let your enemy win this war. We hope you enjoy the game.
Game Features:
Multiple Difficulty Level
Bazooka First Person Shooter
Advance Radar System
Ammo and Health Store Purchasing
Awesome Background Music
Immersive 3D Effects
Amazing 3D Environments
Entertaining Gameplay
Multiple Enemy Targets
Tanks, Helicopters, Jet Fighters