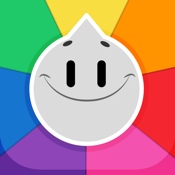 The Most Addictive iPhone Games of 2017 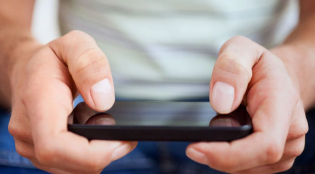 If you’ve ever spent hours on your phone draining the battery away in a desperate attempt to complete a mundane task that involves lots of manic tapping then congratulations, you are part of a doomed majority of the modern population.

This year some of the most popular Apple Store games range from complex and unique to stupidly simple and generic, but what our following top picks have in common is that you simple can’t stop playing them once you start. Below are the most addictive iPhone games of 2017, and possibly 2018 if you aren’t careful!

This is possibly one of the most infuriating games ever to have been brought into this world, yet somehow players love to hate it. Saying Flappy Bird is addictive is an understatement, and despite the mindless tapping that this game demands you can’t help but play at the edge of your seat, praying that one wrong finger smack on your screen undoes unbearable minutes of focus and gameplay.

The name of this iPhone quiz app says it all. Featuring tons of topics and options to play with friends, it is unbearable to put this app away whether you’re alone, at work or even in social settings thanks to the social aspect that helps you drag your friends down the rabbit hole along with you as you battle on Trivia Crack together.

Slot lovers beware, since Slotomania is a new free slots iPhone app that gives you thousands of coins to play with once you start up. You can choose from hundreds of vibrantly themed games and basically can collect free coins to play forever using this strategy. Colorful and interactive, you can also play with other fans and compete in tournaments, which is what sets this slot game app apart from others like it and makes it especially impossible to get bored of.

Perhaps best known for its appearance on Netflix’s House of Cards, played by character Frank Underwood, this beautifully designed game takes puzzle arcade games to the next level. Journey through the levels of a geometrically accurate world designed to play tricks on your eyes as you progress over strange bridges and through hidden doors. Impressively artistic, fun and unique are the best words to describe this delightfully innovate game.

Possibly the most strangely addictive game to make it to this or any list is 2048, where players need to swipe identical numbers around a limited box area and combine values to get to the ultimate block value of 2048. Easy at first, but almost impossible after reaching triple digits. With the right system in place, however, you can win pretty quickly. While we could mention it here why ruin the fun of yelling angrily at your phone for a few hours before you finally get it?

Trivia Crack app review: who gets bragging rights. In your group of friends who's the smarty pants? If you're not sure here's a chance to figure out who the real whiz is with the Trivia Crack app for your iPod touch, iPad, and iPhone. In this trivia game you'll be going up against...

Trivia apps are the perfect way to entertain yourself or play with others, and pick up some fascinating facts. These are the best and top-rated!

One of the most challenging and addictive style of games is trivia based games.