If there is one aspect of human activity that has been particularly affected by digital technology, it’s relationships. People now have access to so many tools that make communication more convenient and streamlined. A recent survey revealed that over 80% of the population of the USA have a social media account, while one-in-three of today’s partnerships were initiated via a dating service. Here are some of the many ways technology has altered the face of relationships in the 21st century.

Virtual dating is thriving among the LGBT community

Digital matchmaking has been particularly beneficial for those individuals who have previously found themselves to be marginalized. Members of the LGBT community have always been faced with far fewer options than their straight counterparts in terms of outlets for socializing with people sharing their inclinations. In the past, singles have been reluctant to be upfront about their sexuality, for fear of inducing prejudice. With the advent of dedicated LGBT dating services, all that has changed. People can now feel comfortable interacting with others on the same wavelength, and with websites evolving into so much more than simply being platforms for matching singles. LGBT websites can be more like virtual communities, a haven containing chat rooms and forums, as well as blog posts offering guidance on the often sensitive issues faced by individuals. 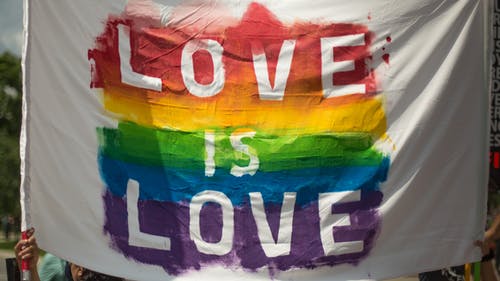 Software built into websites has opened up a whole new dimension of connectivity. When anyone joins a site or app, their postcode will be logged by the system. This information can then be incorporated within a database, allowing a picture to be presented to other site users of those other singles who happen to live near them. In a similar way to vehicles harnessing satellite technology for navigation, many websites operate ‘geolocation’ tools that can pinpoint the location of their members in real-time. For those who are only looking for ‘no strings attached’ encounters, this means dates can be arranged quickly and with the bare minimum of introductions.

So have serious partnerships

These algorithms also allow websites to build an in-depth profile of their members. When newcomers are compiling registration forms, then going on to build profiles, they will be asked to complete a range of questions. They might describe their attributes, as well as the type of factors they would prioritize when considering another single’s background. This could cover everything from hairstyles, favorite movies or bands, to whether or not they have children, or have been tattooed! All this information allows dating site users to gain a fully-formed impression of their fellow singles, allowing compatibility to become a key consideration.

While digital technology has undoubtedly been beneficial for modern relationships, this has to be tempered with some downsides. With access to so much information at the tap of a few keys on a keyboard or smart device, people can get immersed in the online world, to the extent that their real-life partnerships are impacted. It’s hardly an uncommon sight for couples to be seated on opposite sides of a table in a restaurant, and instead of engaging in conversation, both are reacting to the constant notifications pinging onto their screens.

People can touch base in so many ways

If convenience and choice come near the top of the list of reasons why technology has changed modern relationships for the better, these factors must surely be joined by communication. People can remain in contact with loved ones, even if they happen to have been separated for whatever reason. Perhaps one party is working out of town. They can maintain contact with video chats.