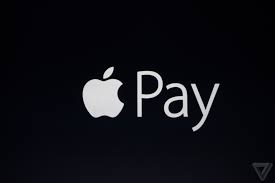 Even though Apple Pay is doing well in the United States, Canadians shouldn’t expect it to be available in their country anytime soon. Apple hasn’t said when the system will come to Canada, and hasn’t even said if it will at all. On Monday, Tim Cook said that Apple Pay had more than a million activations in the first three days, and is used more than any other competing payment system. Apple has made it a fun way to pay for things.

When it comes to Canada, there’s no question that merchants there have the technology to deal with it. Any terminal that has NFC can handle Apple Pay. The actual launch in Canada will depend upon how hard it is to get approval when it comes to regulations. Basically, Apple needs to make a deal with the banks in Canada for it to work. Jeff Martin, VP and CIO at TD Group, said that Apple Pay is at least a year away from coming to Canada.