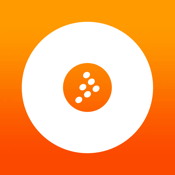 With a whole host of audio effects and mixing features, this DJ app for iPhone is ideal for any would-be DJ who wants to come up with some crazy, quirky, or downright cool mixes of their favorite songs. Best of all, you can do all of this from the palm of your hand!

As a musician I always jump at the chance to review apps like this that allow you to manipulate your favorite songs and create new ideas, so I’ve been having a load of fun playing around with Cross DJ interface app for iPhone.

Check out our Cross DJ app review for more details and to see if it's one of the best DJ apps for iPhone users.

The thing that I found most striking upon first using this app is how cool the interface looks. You’ll find two record decks complete with a variety of sliders and buttons which perform various useful features, but you’ll want to begin by importing a couple of songs from your Music Library before you can get mixing.

Once you’ve imported the songs you want to use, you’ll notice another cool thing about the interface which is that any available album art is displayed in the center of each record so that it almost looks like a real vinyl spinning around.

The sync buttons at the bottom are very handy for matching up the tempos of two contrasted songs. 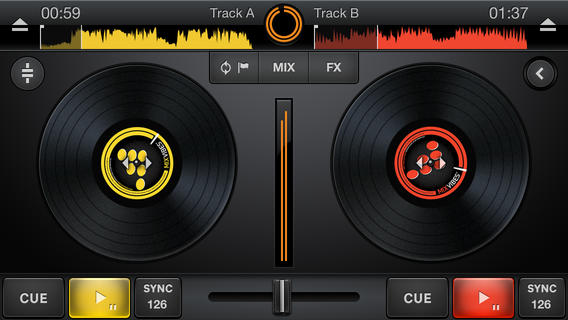 Tapping the Mix button at the top of the screen brings up a panel of sliders which enable you to adjust the volume of each track while also manipulating the Lo, Mid, and Hi frequencies of each song.

The best dubstep apps for the iPhone and iPad

The Fx menu on the other hand is a far more interesting affair as it enables you to apply a bunch of interesting effects to each song individually, such as Low-Pass, Flanger, and Echo. These are the only three effects available within the free version of this app but you can unlock Delay, Phaser, Hi-Pass and much more via in-app purchase.

There are far too many features for me to be able to mention them all in this review but I would definitely like to emphasize how much fun I’ve been having with this app, so I’m going to do my best to wrap up this review as quickly as possible so I can get back to creating some atonal abominations! 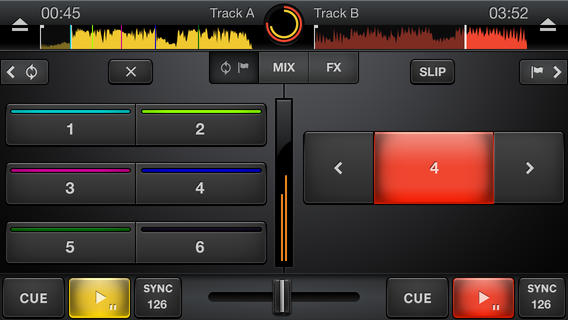 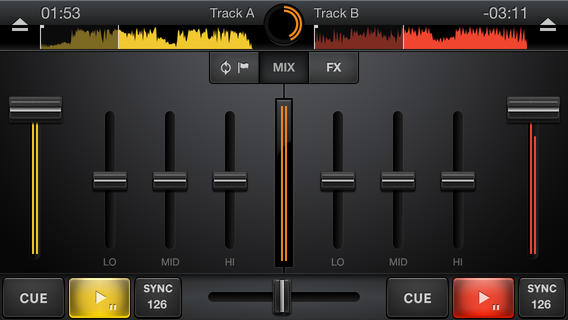 I’m very impressed by what you can do with Cross DJ for iPhone so I would definitely recommend checking it out and giving the decks a spin to see what kind of sounds you can conjure up!