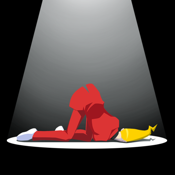 About twenty minutes into playing Ghost Trick: Phantom Detective, I thought to myself: "There is no way this game is free. It's too well made." Unfortunately, I was right. What comes free are the first two chapters of a 14+ chapter story.  The way CAPCOM  set up the payments, there is no demo version; instead, while in the game, you have the option to buy the remaining chapters in blocks for five dollars per block, or all of them for ten dollars. (The first block of chapters is out, the remaining two have not been made available yet.) The payment method is really a shame because Ghost Trick is a top-tier quality game, and ten dollars makes it the most expensive iOS game I have seen. The game play is simple and easy. You play a man who has died recently and is now caught between the spirit world and Earth. The challenge arises in that you can only move around by jumping from inanimate objects in close proximity to each other. While on certain objects, you can manipulate them or perform a "ghost trick" that leads to it doing something. For example, guitars strum a chord and bicycles are made to pedal and move.

This is where the story comes in. Your character starts the game dead with no idea who he is or how he died. Of course, he wants to find out what happened to him. Along the way he encounters other people who have been killed by mysterious hit men and attempts to avert their fate via use of "ghost tricks." He can do so by going back in time to four minutes before their deaths and attempting to change things.

Like all things related to the spirit world, there is a catch. He can only avert the fate of someone who had died within the last twenty-four hours. And speaking of twenty-four hour time limits, that's how long the protagonist has in the spirit world before he ceases to be. The story is very interesting and is done in such a way to explain the abilities you can use, as well as their limitations, though sometimes the explanation is "just because." 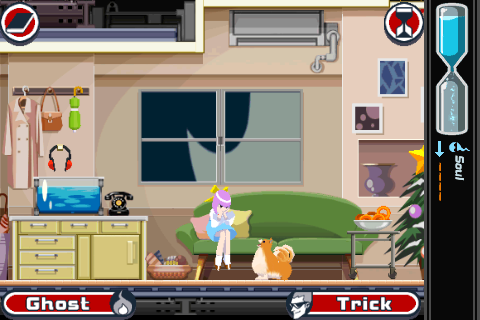 If Ghost Trick sounds the slightest bit interesting to you, check it out. You can play the first chunk of the game for free and maybe if the story grips you enough, you cough up the money to play it. I don't much care for the way CAPCOM  is dealing with the game's payments and pricing but at the end of the day, they have a created great product. AppPicker Rating: 4 / 5 Stars App Store link: Ghost Trick: Phantom Detective Other apps by CAPCOM