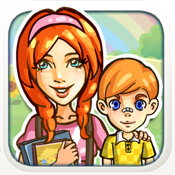 Ada's Kindergarten app review: step in the shoes of a teacher

Have you ever wondered what it would be like to be a Kindergarten teacher in charge of all those high-energy kids? Well, now is your opportunity with the Ada's Kindergarten app. It's fun for kids and adults alike. In this game you have just been placed in charge of the kindergarten class where plenty of parents have complaints. It’s your job to turn things around making the parents and the kids happy.

The best kindergarten apps for iPad

In this game you'll be able to play in a variety of environments, four in total, and use four sets of characters. As well, to add more to the game there are seven mini-games, 50 levels of difficulty, and 10 Kindergarteners. The game supports achievements and leaderboards and has full HD support for Retina.

As mentioned, adults can play the game as well as kids and it has a rating of four years and older. Really though, kids under four could likely still play it.

The latest update has taken a close look at the user interface and updated it in all kinds of ways, making it a smoother gaming experience for users. Many users complain of the game crashing so hopefully this update has addressed that issue sufficiently. 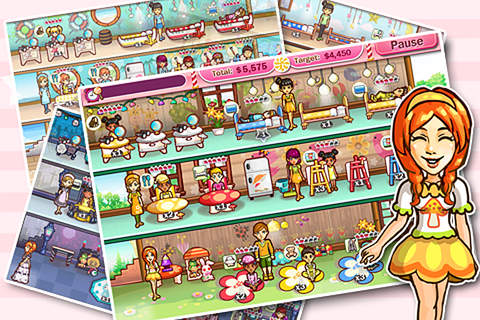 Of course the gameplay is something you’re clearly interested in and whether or not it’s worth the download. So far I haven’t experienced any of the crashing issues that other users have had. I would hope this means the update has fixed the issue. I had the game freeze a couple of times then suddenly start to work again, but not crash.

When you launch the app there is a fairly long intro into the game; it is all text and presented in a comic strip manner. Kids aren’t going to be interested in this and frankly, most adults won’t either. Just swipe to advance past it. Next you will be taken to the tutorial, which is brief but helpful.

I really like that there are a few different environments as it keeps the game interesting and fun by increasing the amount of activities you can do with the kids. The controls are all touch-, drag-, and drop-based and are intuitive. Some of the activities can get a bit more involved, like puzzles and cognitive thinking, but these are educational for kids to play. 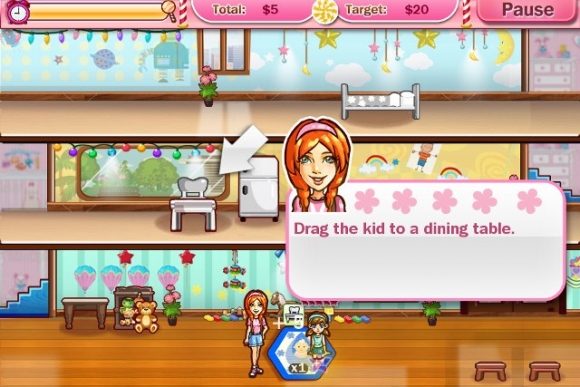 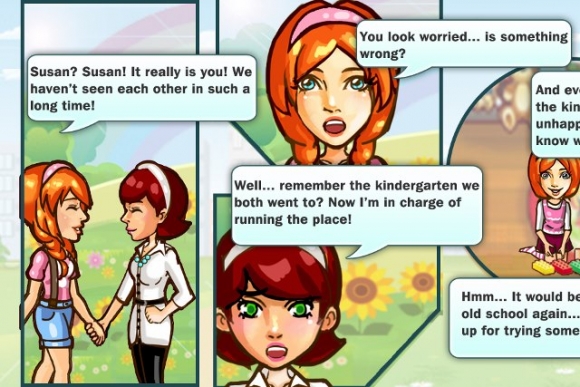 The Ada’s Kindergarten app is definitely a cute and fun game for kids and in general seems to work without too many glitches. I’m not sure I could justify purchasing the add-ons; however, until all the bugs and issues have been worked out.