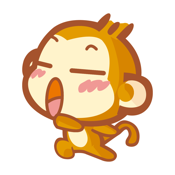 Emoji Keyboard - Use Color Emojis Emoticons Smileys to Make Emoji Art is jam packed with emoticons of all sorts! This emoji keyboard app has most of the symbols found in your computer character map, plus many color emoticons to choose from.

The emoji app has a sorting option just like a word processor would for looking up symbols, which makes finding your symbol that much easier.

Keyboard emoticons app runs on devices with iOS 9.3.5 or later with support of up to iOS 13.0 and it is compatible with iPhone, iPad, and iPod touch. This color emojis app will need 44.1 MB of free memory space on your mobile device to download and install.   Check out our emoji apps list for more great choices.

Emoji Keyboard - Use Color Emojis Emoticons Smileys to Make Emoji Art has a nice smooth interface. It has a typing section on top with the menu in the middle.

Across this menu you will find delete, menu (the yin yang), symbols (the paw), a separate section for smileys (the smiley), a keyboard for typing, and an action option. Under the action you find copy, text, tweet, or post to Facebook. 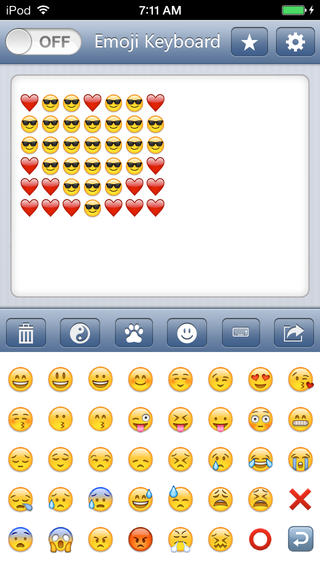 The only addition I would like to see in Emoji Keyboard - Use Color Emojis Emoticons Smileys to Make Emoji Art is to be able to select it from my main keyboard (i.e. install it as a keyboard option) rather than have to launch a separate app.

I have toyed with apps like this one before, but always end up just using my installed keyboard app. It is faster, easier, and accessible from any app in which I am typing.

If you are looking to have literally thousands of different symbols and characters though, than this app delivers for free! Many others charge a fee for far less than is offered here.

You can create those seasonal greetings that appear on Facebook this time of year using dashes, zeros, asterisks, and dashes, copy it and paste it for later, or post directly to your Facebook wall or to Twitter. No extra work there. 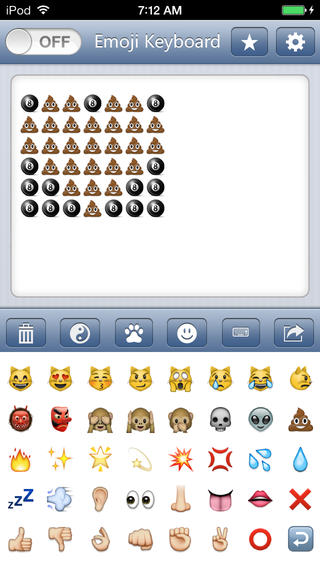 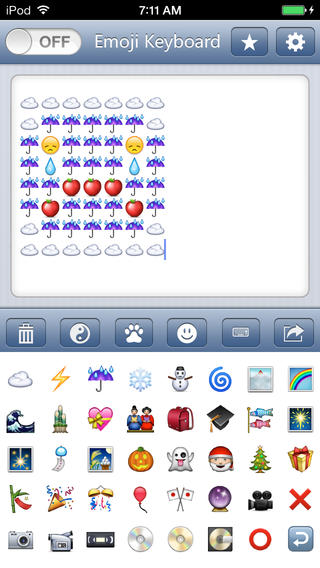 Emoji Keyboard - Use Color Emojis Emoticons Smileys to Make Emoji Art has a great variety of symbols, text pictures, and emojis. It has a nice interface within which to work, and it organizes the groups of symbols well.

The only slight downfall is that it is a separate app rather than a keyboard that you can access at all times. This is a small flaw though, as the library of symbols far exceeds that of most emoticon apps.