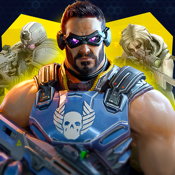 I love myself a great space opera, and I was pleasantly surprised when I booted up Evolution: Battle for Utopia. After entering my character's name I was treated to one of the best introduction videos I have ever seen for any App Store game, and I was instantly glued to this game. The game is developed by MY.COM, a developer with tons of experience in creating games that rip off other games and simply copy successful games to make profit. Color me surprised that they actually have developed a game that really is worth the space on your device and the time you will spend playing this. The RPG app is designed for both iPad and iPhone, and is just under 430 MB.

As you could have seen in the title of the review, the gameplay spans multiple genres. First of all, there is the over world map in which the game begins, where you need to explore, find your other crew members, and start setting up your base after your team is back together. You will also see all kinds of alien enemies on this over world that you can attack. At this moment, the game will go into a static shooter mode. Your character will shoot automatically, but you can select the target and throw grenades while covering and reloading like in Gears of War.

Once you have finished clearing the initial area, another fantastic video will play, showing you the terraforming of the planet. Now you can build your base and start getting researching, expanding, and buying new equipment. 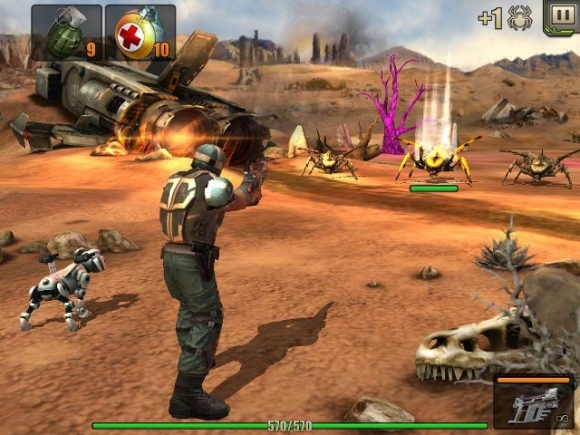 The graphics of the game itself is exactly what you can expect from a base-building and expansion game such as this one. Where the game really shines is in the cut scenes. They remind me of early Blizzard Entertainment introductions and that is a very good thing (look them up on YouTube if you don’t know what I’m talking about). The sound is also something the developer has spent a lot of time on, so this is definitely a game that you want to play with the sound up. Most of the important dialogs are voices, and the game sounds like a strategy game should. 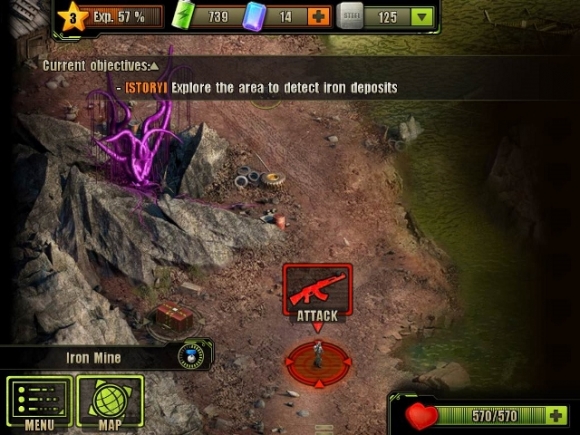 This is the best free RPG iPhone and iPad app that I have played since Hayday a few years ago. They never really force you to buy anything unless you really want to run through the game quickly. What really blew me away and got me interested in the first place were the fantastic cut scenes which I watched in awe.