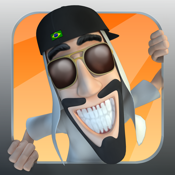 Stereotypes are everywhere to be found, but especially in different forms of entertainment. For example, almost every African American man will be a rapper and most people from the Middle East are the terrorists that need to be fought in many first person shooter.

Personally, I’m not a big fan of stereotypes, but as a foreigner in the country where I’m residing now I often get asked if I really own a pair of clogs or if I smoke pot every day (just to be safe, I don’t).

Developer Maqna Interactive Ltda ME has developed an iPhone endless running game app with an Arab as the main character, called Mussoumano Game.

As this is an endless running game, you know exactly what to expect. The main character runs automatically and the only thing you will need to do is jump to avoid obstacles and collect coins.

You will also have to save the latifas, which according to the game are all girlfriends of our loveable main character. In addition to this, there are also several power-ups to be collected such as an amulet that collects coins to you and a flying cloud.

A mechanical camel will also makes it appearance, making the stereotype complete. When you walk into a wall or a stack of crates it will be game over, though you can continue by using a special gem which can only be bought from the in-game store. 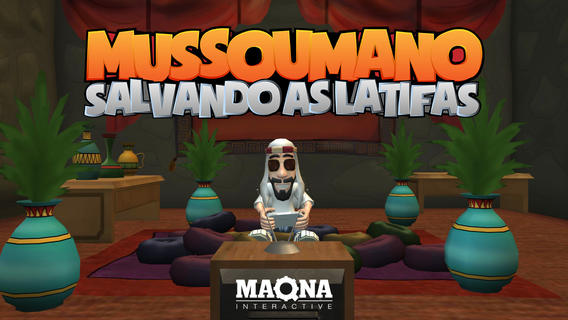 The graphics of the game are quite good. The character is very nicely animated and everything in the game looks cartoony and fun. The sound is especially good as everything makes you feel like you’re running through a bazar somewhere in the Middle East.

If you don’t save a latifa, she will be grumbling at you and all other sounds are really well placed. The music is exactly what you would expect to hear, using sitars and other instruments from that part of the world. 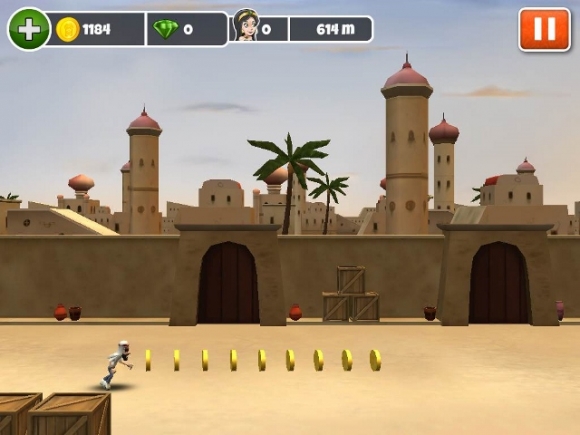 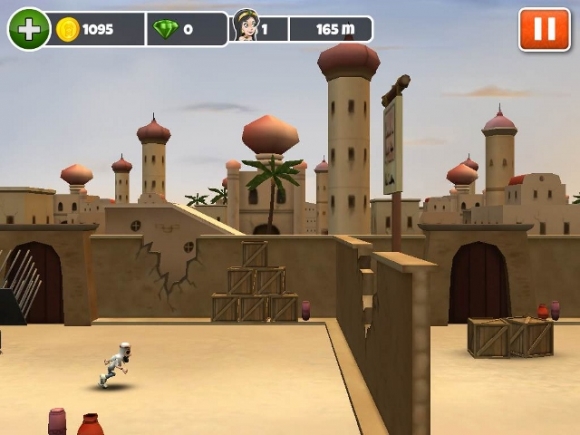 Mussoumano Game is a really fun endless runner. The game looks great, the setting is really well worked out and the music makes you feel like you’re actually in the Middle East. The different bonus items really make a difference and are well-designed.

Too bad you can’t find the continue gems in the game and that you need to buy them in the store. Mussoumano Game is designed for both iPad and iPhone and is ideal for a quick session in a short break. The game is just over 50 MB.